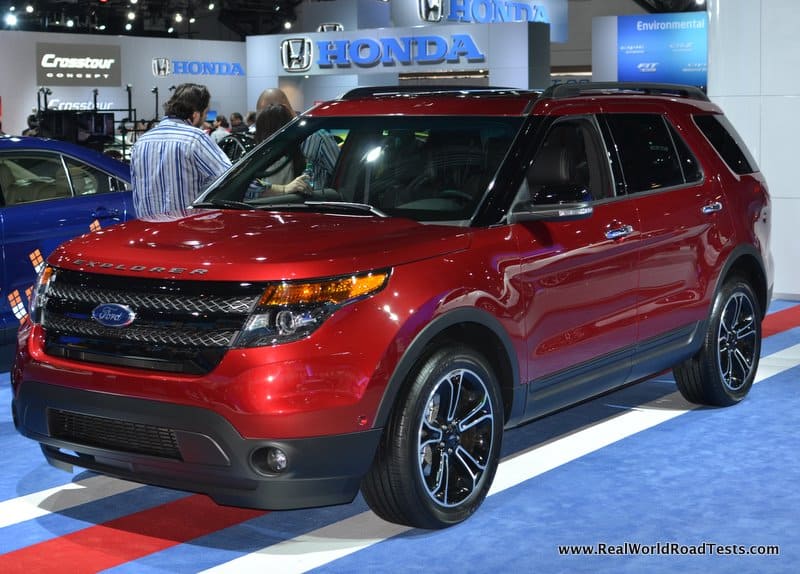 It is a welcome addition to the Explorer line, which was originally lacking a higher performance model. It is equipped with the Taurus SHO based 350-horsepower (estimated) twin-turbocharged EcoBoost 3.5-liter V6 engine with a six-speed automatic transmission and paddle shifters for increased performance over other Explorer models, and better projected fuel economy versus other gasoline powered high performance SUVs. The extra power provides increased towing capabilities (up to 5000 pounds when properly equipped), and better acceleration. It also has bigger brakes, a reinforced chassis, and upgraded suspension for improved handling.

The Explorer Sport is a four-wheel-drive vehicle, and it comes with a Terrain Management System. This allows the driver to select different settings for sandy, snowy or rutted mud roads, as well as hill descent.

New styling details include the Explorer name written across the front of the vehicle, new wheels, and polished tips on the high-performance exhaust.

It will launch later this year and will be assembled in Chicago. Base prices are haven’t been announced yet.

With a twin-turbocharged EcoBoost® V6 engine making at least 350 horsepower and four-wheel drive with a Terrain Management System™, Explorer Sport delivers enhanced on-road dynamics with sporty design cues inside and out.

“Adding an EcoBoost drivetrain to Explorer Sport delivers even more fuel efficiency and performance to the lineup,” said Bill Gubing, Explorer chief engineer. “This is our highest- performance, most capable Ford Explorer ever.”

Completely new for 2011, the Ford Explorer has been winning over customers with its improved on-road handling, impressive comfort and convenience technologies, and fuel economy never before delivered by an SUV.

The Explorer Sport features a paddle-shifted six-speed SelectShift Automatic™ transmission with a unique 3.16 to 1 final drive ratio to provide the balance of responsive acceleration and economical low-rpm cruising for better fuel efficiency.

The chassis also has been specially reinforced, making Explorer Sport stiffer and improving its handling.

Inside, the high-end feel continues. Charcoal Black leather-trimmed seating is available with and without contrasting Sienna inserts.

The interior design contrast was inspired by fashion, mirroring two-tones that are currently seen in leather accessories and apparel from design houses Balenciaga and Prada. Stitching is emphasized to lend a handcrafted appearance while highlighting Explorer Sport’s sculptured seats.

As the top of the Explorer line, Sport offers a robust array of standard and optional customer-focused technologies that make driving more comfortable, convenient and connected. These include:

Explorer Sport is manufactured at Ford’s Chicago production facility. It will arrive in dealerships later this year.