If you don’t have personal or family money, another route is to find outside sources of revenue in the form of sponsors. As you might expect, this is quite the challenge and an extreme uphill battle. In order to make a successful pitch to a company, you need to be able to demonstrate what the racing team can do for them. We talked about sponsorships from the Club Racer perspective here but for a pro racing effort looking for larger sums of money, it’s a different ball game. There’s a lot involved in this process and we’ll just touch the surface of it. 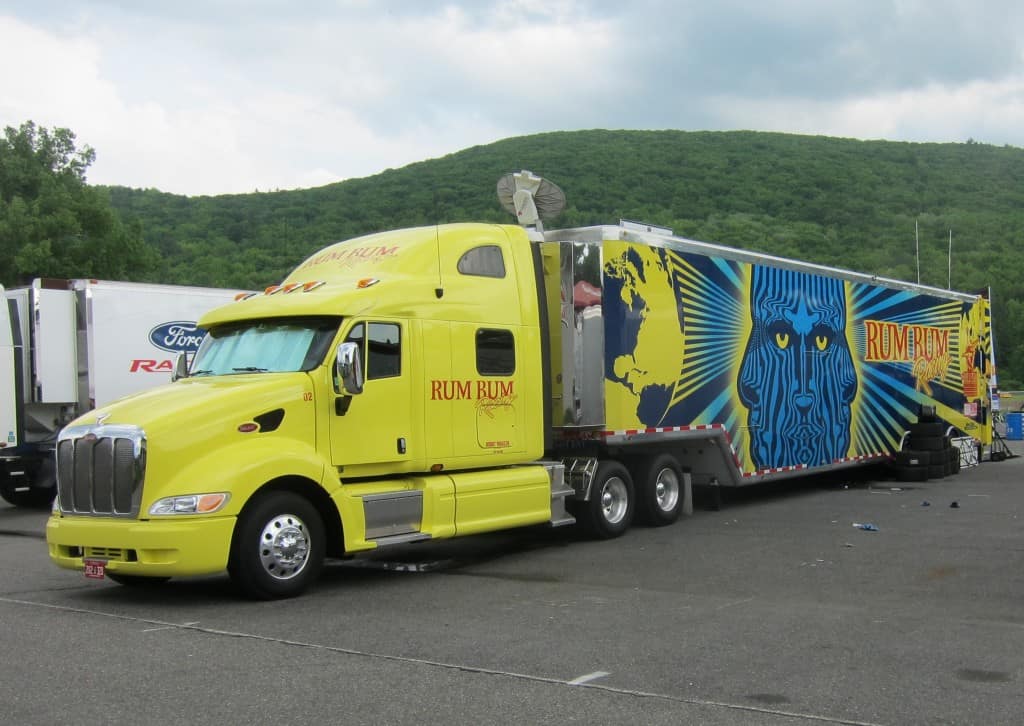 A company will want to learn about the team you’re affiliated with, not just you as a driver without a ride. On the flip side, in order to be a part of a professional racing team leveraging sponsorship it’s necessary to prove you’ll bring in the money. A race team won’t accept blank promises of “I will find you sponsors.” We were also told that even if a driver does have a sponsor, in some cases teams already have a full roster and won’t be able to accommodate another sponsor. Of course if you’re able to find a large sponsor, you surely wouldn’t find it difficult to locate a team willing to take their money. Keep in mind that almost always if this sponsor money goes, the ride is also lost for the driver who brought them on board unless they can replace that income source.

In speaking with teams, one of the key aspects of their ability to attract sponsors was finding a company that would be emotionally involved, meaning the owner or influential people within the company has a love of this type of racing. If you can find this person, you can attempt to sell them on the networking opportunities they’ll have while at the track and off. You should get them involved with the team to the level they are interested. For example, if they want to hold a fire bottle while in pit lane, make it happen. Others will enjoy hanging out and entertaining their customers and friends at the track. It’s this emotional aspect which you’ll typically need to find. If you look at the various companies sponsoring teams, many have nothing to do with racing or even cars. It’s also true that several of the companies displayed on the racecars are owned by gentleman drivers. 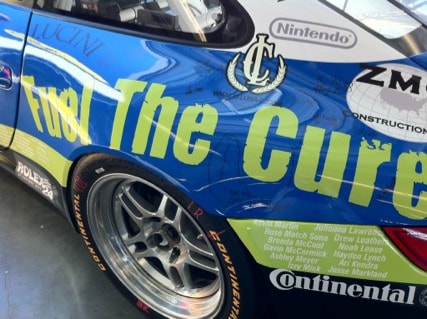 People are also using other creative means to raise sponsorships such as incorporating charitable causes. We are not trying to insinuate that these are being doing with ill intent or aren’t a genuine means to help charities. Most are fantastic, but it is an interesting way to build upon a racing team infrastructure. There are plenty of other innovative methods racers attempt such as Justin Wilson selling stock in himself as he attempted to become a F1 racer.  Unfortunately one of the most effective ways we’ve been told to gain sponsors in pro racing is to steal them from other teams. It’s something that I personally am not fond of, but we are talking about the realities of this industry.

Talent Levels in the Pro Ranks
At one point it was much easier to say that the slower GRAND-AM Continental Tire Series had less talented drivers than the faster Rolex Series, and the Continental Tire Series was much more of a stepping stone to the Rolex series. As more highly talented pro drivers are running in both series on a given weekend and there are factory drivers in the series, the answer isn’t as clear cut. There still is a general conclusion that the number of really fast drivers increases when looking at GRAND-AM ST and GS to the faster GT and Daytona Prototype classes. Since the slower classes are more affordable, it typically opens itself up to more drivers. Teams are also more choosy who they will allow to drive the much more expensive GT and Prototype racecars, but again in the end money talks. We will say that overall (of course there are exceptions) the Daytona Prototype and GT drivers are quite talented drivers. This goes for both the pro drivers and gentleman drivers. Keep in mind that if someone can afford to be a gentleman driver in these classes, they typically could afford lots of coaching, race schools and plenty of seat time. Having this seat time is a big component as these cars are typically much different to drive than what the typical Club Racer is used to and thus has a steeper learning curve.

We spoke with one gentleman driver who races in the GT class. He’s a guy who did extremely well in SCCA’s Spec Miata class, and won numerous races. He talked about how he laid down some laps in the Rolex GT car where at the end of his session, he wanted to kiss the ground. Then it was time for one of the paid pro guys to take it for a drive. He was shocked with just how humbling of an experience it was to see what they were able to do with the car. The pro driver was on a whole different level. So in order to be a paid professional driver, you also need to be that much better than a more than capable gentleman driver whose paying for a ride. Sound difficult? It certainly is.

Even in some of the slower classes, we’ve seen plenty of talented Club Racers struggle in the beginning and realize that it’s not as easy as it looks. One thing we’ve heard on multiple occasions is that many of the drivers in the slower classes are fast, but there tends to be a higher percentage who do not have as good race craft, lack experience, and make more foolish moves.

Paid Driver Salaries
What we see often is someone who starts off as a gentleman driver, proves himself, then earns a paid ride. Leh Keen one great example of someone who started off renting his rides, and eventually was able to become a paid pro driver. If you go to Leh’s site,  you can see he’s been a successful driver with several podium finishes in the Rolex series GT class. In 2009, Leh won an award from GRAND-AM for his amateur driving efforts as he captured his first Rolex Series GT driving championship with Dirk Werner, winning four races. In 2011, Leh deservedly become a paid pro driver, but look at his career highlights and you’ll see it wasn’t a quick and easy road to get there. For the many drivers in this or similar situations, it takes years to reach a financial break-even point for what they invested assuming they do eventually start getting being paid to drive.

For the majority of pro drivers being financially compensated, racing is essentially a part-time job and they have other means for earning a living. Some have other racing related jobs such as being a private driving coach, being an instructor at racing schools, or otherwise working on cars such as a mechanic. Most have careers entirely unrelated to racing. This does change when they reach a higher status such as being a factory driver, but there are so few drivers who are truly earning a living off of racing cars.

In terms of how much a driver earns, there is no standard deal and it varies greatly from one team to the next. Just as the general subject of whose a gentleman driver versus actually being financially compensated is kept a secret, the amounts paid drivers receive are kept hidden even more so for many of the same reasons. The below numbers will give you a general idea based on the teams and drivers we spoke with.

For a quality GRAND-AM continental (GS and ST) or World Challenge Touring Car team, a paid driver earns around $5,000 per race plus expenses. Although we heard some earn closer to the $7,000 mark, but again it completely varies. For the few factory drivers in these classes, most are earning a yearly salary of between $50,000 – $70,000.

For a good GRAND-AM Rolex GT team, the ball park earnings are between $7,000 and $12,000 per race plus expenses. With a GRAND-AM Prototype team, it ranged from $10,000 – $15,000 per race. There are an extremely few number of top Rolex drivers whose salaries are in excess of $100,000. As the salary goes up, the fewer number of drivers there are earning those salaries.

To the majority of paid professional drivers, racing is not seen as a long term career. There are always fast drivers trying to steal their seats with a team, and contracts are typically on a year-to-year basis. It is a rough and cut throat industry. For the drivers getting paid, a big part of that typically is due to a Rich Guy funding their ride and the pro serving as a coach and helping better the teams results. When said Rich Guy decides that he’d rather be sailing boats or some other hobby, you can guess what happens with the paid ride.

As an aside, it was quite interesting to hear how much some NASCAR drivers can earn. Boris Said whose a successful pro road racer reportedly earned approximately $90,000 for a Nationwide Cup win in Montreal. Don’t be mislead with that though, trying to make is in NASCAR is by far not easy and another conversation.

Next in Our Series of Articles:  Eric Curran discusses his path into professional racing and provides some great tips on the process. Read it here.