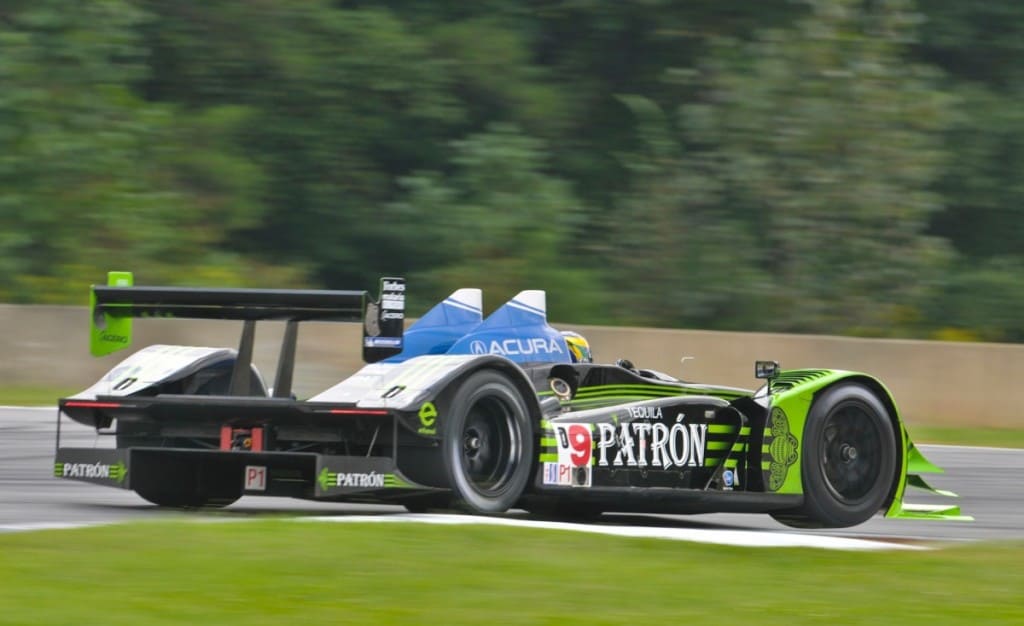 As you might guess, one of the biggest challenges for the team is sourcing funding. While Duncan initially invested his own funds to build the facility and establish the team, he stated that the organization now needs to stand on its own two feet. In order to attract sponsors who will actually pay, they need to be a front running, top notch team. But, even at this level there are many teams that are, shall we say, not as they appear. Company names appear as sponsors on the cars because the owner of the team also owns the company, or there are other ties such as ‘friendly sponsorships.”  Many astute racing fans have noticed this, as often it seems impracticable that such a small or unrelated company would benefit….as in sell more of their widgets…. from such a high end sponsorship.  Yes, there are still gentleman racers in AMLS who don’t need an economic benefit from running a team. Basically, if the car has open billboard space, why not fill it?

In an earlier article in this series we touched upon pro racing sponsorships. One aspect we wondered about is how a team dependent upon the financial backing of sponsors proves the value that the sponsor receives. Duncan explained,  “the numbers most readily available to sponsors to prove value of their investment is the Joyce Julius numbers. In a broadcast, each time a logo is in clear view to people watching they start a stop watch. This number times the commercial rate of broadcast creates a value.”  ESPN posted an interesting article on the subject which can be read here. In addition, the team’s transporters are also on the road 80 days a year serving as a billboard. The company is displayed on team gear worn when going to airports, personal appearances of the drivers, and of course at the track.

Highcroft Racing was previously sponsored by a liquor producer, The Patron Spirits Company. As part of our conversation we discussed some of the challenges and benefits of partnering with a liquor company. On the plus side, with Café laws liquor companies are not able to advertise directly on television, racing sponsorships provide them a unique opportunity to gain exposure making this relationship appealing to them. The difficulty comes from trying to co-brand with other sponsors, who may not want to be associated with an alcohol based company. Highcroft came to a unique solution, where Patron and their other major sponsor, GE, did not appear on the same visual plane when on the car or on team apparel. One would be on the front of the suit, the other on the back. One on the side pods of the car, the other on the nose and tail of the car, so that at any one point in time they could not be seen together. It takes balance and creativity to manage the sponsorships and promotion of the companies.

We openly admit that during our interview with Duncan Dayton, we wanted to learn so much, and were in total fascination with everything involved in the Highcroft organization. After all, being inside Highcroft where it all happens was awe inspiring. Given the opportunity, we could have easily spent endless hours speaking with Duncan and looking around the shop. He was extremely gracious with his time and we never felt rushed, but we knew how busy he was, so we tried to limit our tangents. However, we just couldn’t help but get into a few scattered discussions that we felt you’d have interest in hearing.

Wind Tunnels:
Instead of using wind tunnels, Highcroft and several other teams use CFD and CAD CAM computer based systems for their aerodynamic modeling instead. They have found this process to be a very useful and accurate tool. While it is still extremely expensive, it offers great flexibility and solves the many logistical challenges encountered when using a true wind tunnel. But make an error in a base assumption, and you’re in hot water. (A major benefit to manufacturer support are resources such as this.)

Green Initiatives:
The American Le Mans Series requires that all entrants use alternative fuels such as sulfur-free clean diesel, E10 or cellulosic E85 ethanol as a part of their green racing initiative. The goal is to cut down on the harm that standard gasoline-burning cars cause to the environment. As part of this, the series has also created the Michelin Green X Challenge where each event rewards race teams for their overall performance and environmental impact. The Challenge ranks teams on the amount of energy used, greenhouse gases emitted and petroleum displaced.

Highcroft takes the Green X Challenge seriously and has won it two years in a row. We asked Duncan how they are able to manage this initiative while not hurting performance. He explained that one way is that they lean out the motor to gain greater milage. Doing this not only helps with the amount of fuel burned, but also expands their pit stop window. The team runs hundreds of simulations, they have graphs to determine if the car is run in X fuel position it will gain Y kilos (of fuel savings) per lap. At the track, they perform a real-time analysis which also incorporates outside temperature, humidity, atmospheric pressure, and other factors. Racing green, in the end, often meant racing efficiently, and winning resulted.

Advice that Duncan Lives By:
As a manager and owner “be hands on, but fingers out. Hire good people and let them get on with it. Give them enough rope to hang themselves. If they do, they’re gone, but if not, give them some more rope and see what they can do with it.”

His favorite: “Plan the work, then work the plan.” It’s advice Duncan received which is seemingly so simple, yet even that is subject to the ironies of life, which are found in racing it seems, more than in nearly any other aspect of life. Little did we know at the time, how irony would rear it’s head not far down the road……

“Manufacturers come and go but Sports Car racing has traditionally been born on the backs of privateers.” Duncan Dayton

As we’ve demonstrated throughout this series of articles, racing can be a cruel sport. The highs are amazing, but the lows can be equally as harsh. While we were on site for our interview, Highcroft Racing was wrapping up the preparation of their brand new American Le Mans LMP1 racecar. The car had never hit the track prior to the first event of the year, the 12 Hours of Sebring, in Florida. New parts were arriving daily. But there was uneasiness underfoot. Even with the outstanding success and Championships that Highcroft and Honda had achieved through their partnership, they were still attempting to put together a package for this year’s LeMans race, a goal of Duncan’s that he time-lined when he opened the doors to Highcroft. The key was to demonstrate that the car had the speed and reliability needed to compete and represent the brand successfully at the worlds most prestigious endurance race, LeMans, and the Sebring event would be the litmus test. They finished an extremely successful 2nd place.  “Plan the work, work the plan” had paid off again. The future looked bright.  Until tragedy struck in the form of a natural disaster…

In the following weeks, a terrible earthquake and tsunami struck Japan, crippling the country, and forcing the Japanese companies to make tough decisions. Honda withdrew their Highcroft sponsorship to concentrate on their core issues and consequently caused a premature end to Highcroft’s racing year. This emphasizes how tough the racing industry is and some situations can totally be out of the team’s control regardless of their level of success. For many teams this could have meant closing shop. Instead, Highcroft turned the page, and is making the best out of a bad situation.

While Highcroft was no longer going to be able participate in American LeMans Series, another door opened which would not have existed for their organization if the previous door had not shut. The group received an opportunity to join in a partnership to develop a radical, newly engineered racing platform which gained the group an invitation to the 2012 LeMans race as the 56th entry. (This entry is reserved for a racecar showcasing new applications and unique technologies.) While racing cars have traditionally achieved increased performance through gains in horsepower and aerodynamic down force, a radical new concept was brought forth by an independent engineering group as a possible candidate to replace the aging Indycar spec chassis. The DeltaWing concept concentrates on exploiting radical efficiency gains found outside contemporary practices to reduce fuel consumption without reducing performance.

“In my opinion, it has the potential to be one of the most significant developments in motor racing in 50 years,” Duncan Dayton. So, Highcroft closes one door as it opens another, and in doing so, embarks on more uncharted territory.

This perseverance is the core of what makes a racing organization highly successful. And Duncan’s, as well as the entire teams passion are what’s needed to overcome the numerous ironies and obstacles encountered in motorsports. We truly look forward to seeing how this opportunity works out and what great developments will come as a result of it. More about the DeltaWing effort can be read here.