Insight from a Pro Who Made It: Eric Curran 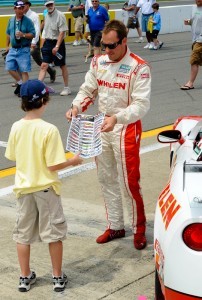 In addition to racing professionally for the Whelen Motorsports/Marsh Racing team in the Grand Am Rolex series teamed with Boris Said, Eric also drives for CKS Autosport in the Grand Am Continental series.

Throughout most of Eric’s racing career Eric also owned and operated a Car dealership in Hadley, MA, of which he has recently sold to focus solely on racing.Eric began racing in SCCA’s Improved Touring B (ITB) class in 1994 with a 1971 Volvo 142 racecar. Between 1994 and 1999, he won 21 races and 4 championships. In 1999, he switched to a racing a Camaro in SCCA’s American Sedan class and won 4 races along with the National Championship that year. Eric made his professional racing debut at the 2000 Rolex 24 At Daytona finishing third in class, and not long after he scored his first professional win.

Pro vs Club Racing Differences
Eric and I talked about some of the difference between Club Racing and Pro Racing. The thing he admitted to missing the most about Club Racing is having more time to walk around the paddock and talk with friends. He explained that in the competitive professional racing environment, it can be tougher to be so open and friendly among people in other teams. To begin with, 90% of the time spent at the track the pro driver is with their own team. When not driving, they are working with engineers, data acquisition experts, and overall trying to make the car faster and more consistent. There tends to be little free time at an event. That said, Eric loves it! With a big smile he responded with “I’m getting paid to drive and don’t have to work on the car.” As a guy who feels like I spend too much time working on the car or attempting to fix issues, the thought of that sounds absolutely fantastic. 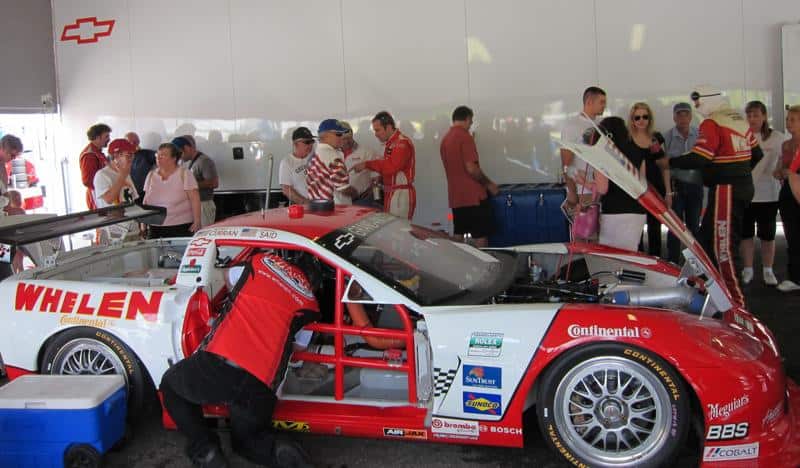 When we discussed how difficult of a transition it was going from Club Racing to Pro Racing, one of the big differences he found is there is no such thing as a home track advantage. When racing in his ITB car against a driver who had no previous experience at Lime Rock Park in CT, Eric had the home track advantage. In the professional ranks, there’s no home track advantage – all the drivers are fast everywhere. When talking about the pro talent levels, I couldn’t help but think back to a couple of years ago when I was at a Test & Tune session at Lime Rock Park in my ITB car. Eric’s father was at the track who also races in ITB, and does quite well for himself. In one of the sessions, he put Eric in the car to see what it was capable of. All I could say was wow! After just a couple of laps, Eric was turning times below the track record (which hadn’t been touched in many years). He really made it look easy. I spoke with Eric’s father afterwards and I commented about how it must be pretty cool to have that as a bench mark. His father just shook his head, laughed, and said something to the effect of “yeah, great” with sarcasm. “Now I can’t blame my times on the car.” That day really opened my eyes to some of the talent levels out there.

Testing for a Team
When asked what it’s like to test for a pro ride with a team, Eric reflected back to what it was like trying 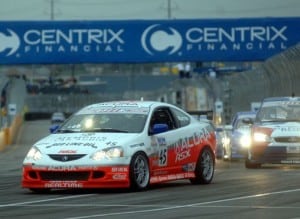 to earn a spot with RealTime Racing. Try to envision going to a track you’ve never driven before, with a pro team you really want to drive for, be in a car you’ve never driven, and need to go extremely fast within three laps. Even if you were testing with a team at a track you have quite a bit experience with, this would be quite the challenge. However, if going to earn a spot, this is what’s necessary to be a pro driver and to me, what really makes these talented drivers stand out. In addition to just proving his on-track abilities, they also tested his off-track presence by sending him out to do five laps at speed, then pit and do mock interviews.

Harsh Realities
Even once you’ve earned a ride and are successful, there are no sure things. In 2006 at the Laguna Seca Touring Car race which was the last race of the season, Eric qualified on pole, led all of the laps and won the final race of the season. He also had poles and did very well during the rest of the year, and everything appeared to be set with the team for 2007. Two weeks before the Sebring event which was to be the first race of the 2007 year, Eric received the dreaded call and was informed he had lost his ride. Unfortunately this is how tough professional racing can be.

When Opportunities Knock
Sometimes luck and making yourself available to opportunities can overcome these difficult realities. On the plane ride back home from the 2006 Laguna Seca event, Eric happened to sit next to Teddy Marsh who just so happens to own Marsh Racing. During the flight they had a nice conversation and Eric was asked to help coach as well as test a car with Sonny Whelen. During the winter Eric helped them with their World Challenge GT efforts (this was for different class than he was driving for in 2006).After Eric received the news that his 2007 ride wasn’t going to happen, he reached out to Teddy and Sonny. Things quickly fell into place with Sonny Whelen and Teddy Marsh’s racing efforts. Eric went with the team to Sebring with an old car which they put the engine in at the track.During the practice session, Eric was the fastest overall in his class. However, the car caught on fire during one of the practice sessions which resulted in a fair amount of damage. Somehow they were able to repair the car. Eric qualified in 2nd place, then went on to lead the entire race and capture the win. Later that year Eric went on to win four World Challenge GT races that year in the Whelen Corvette.Eric later learned that his previous ride was given to someone bringing in their own sponsorship. In retrospect, losing that ride was probably the best thing that could have happened to Eric. The Whelen Engineering team relationship grew and Eric continues to drive for the team today. ” I owe a lot to Sonny Whelen and Teddy Marsh for supporting our program as they do. Lots of wins and lots of poles have proven our success” states Eric. 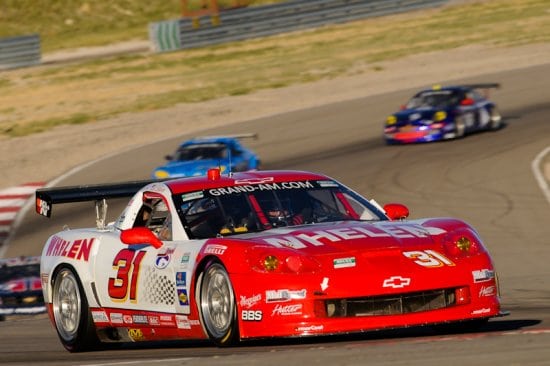 “What makes pro road racing so tough is there is no clear cut path. It comes down to who you know, networking, and more networking. Unless you can write the check.”
– Eric Curran

Here are some tips Eric provided on Making it: 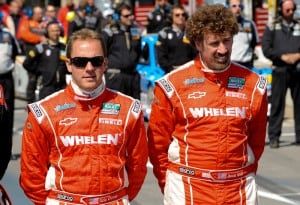 Directly related to personality, Eric talked about his teammate and friend Boris Said. While Boris is an amazing driver, that is not the top reason for him being so successful and having such a large fan base. So what is it?Now before Boris runs over Eric’s feet with the Whelen racecar at their next event, the following are my words and not Eric’s. Borris Said is an amazing driver, though he may not have the dashing good looks of some other drivers. One might jump to the conclusion that this is a hindrance, but in many ways it has enabled him to better market himself which he has been quite successful in doing. Boris has a different look makes which him stand out. Have you ever heard of Said Heads? Boris has a large fan base who wear large curly wigs and call themselves “Said Heads”. He is a great marketer, and that’s huge in the professional racing industry. In addition to standing out on the track, it’s also vital to do so off the track.In the end, Eric said being a professional racecar driver comes down to getting the opportunity to drive for one of the few well funded road race team or how much money you can bring to the table.

We want to thank Eric for not only this interview article, but for also helping to supply quite a bit of information used in our other Realities of Professional Racing articles. Especially for those of us Club Racers, he’s a great inspiration.

Next Article: A Look into Highcroft Racing