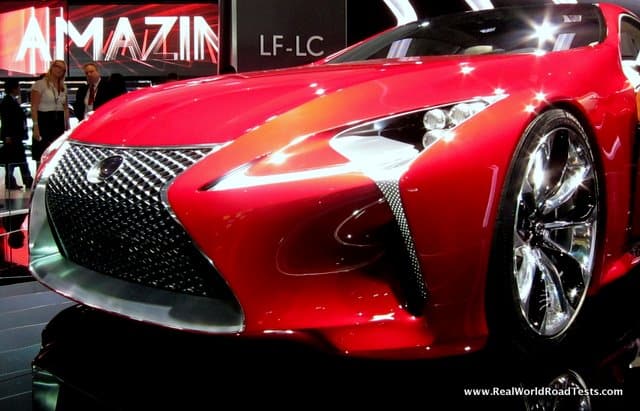 One of the cars that drew a significant amount of attention by media was the Lexus LF-LC concept car. Sadly this car will most likely never hit showroom floors but you can expect various elements to be incorporated into future Lexus vehicles. In fact, the styling of the LF-LC’s grill has already been used on the 2013 Lexus GS 350. As an aside, if you’re curious like I was, LF stands for Lexus Future and LC stands for Luxury Coupe. If you’re currently in the market for something within the Lexus or Toyota family of vehicles then you could check here for some examples of cars you could soon be driving off the forecourt.

When their Calty Design center in Newport Beach, CA, was given news of the project, they were told to start with a clean sheet of paper to design the car. Their mission was to create a new 2+2 hybrid coupe concept that was original, beautiful, and incorporated unequaled technology. As with most car designs, they sought inspiration for the vehicle and found it in the form of a tree leaf. While initially you may wonder how a tree leaf could provide such inspiration, think about the complexity of it’s shape, and how the unique angles flow through out it’s body. Just like a leaf, the Lexus LF-LC contains an intricate network of details when examining it closer. Among other elements, the designers also received inspiration from jet afterburners when creating the tail lamps. 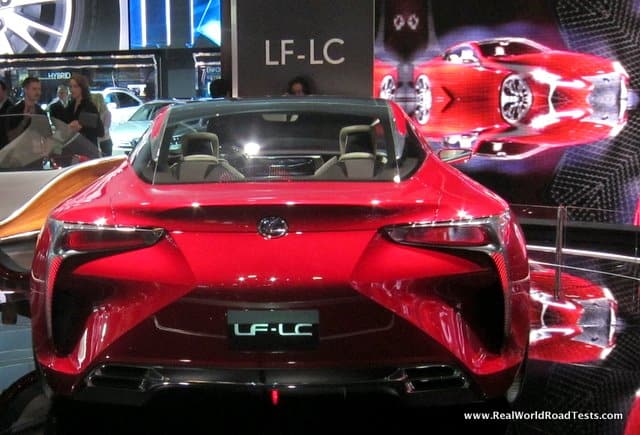 As with any concept car, manufacturers establish goals for what the vehicle will hopefully accomplish. Mark Templin whose the Lexus Group VP and GM stated that Lexus is now beginning the third phase of their brand. The first phase was to establish the brand as a true contender in the luxury market. The second was all about expanding the Lexus product portfolio and becoming one of the best selling luxury brands. And now the third phase is about providing emotional and inspirational products. The Lexus LF-LC was a fantastic kickoff to their third phase objectives. 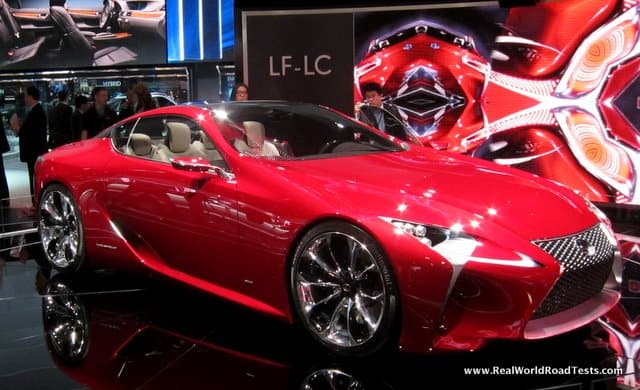 Mark stated, “With this coupe we’re showing the world that Lexus is an exciting, dynamic company that’s more than capable of creating emotional cars that people fall in love with.”

Yes, we certainly believe the Lexus LF-LC was successful in generating emotion and inspiration. Lot’s of people were probably looking at lexus car insurance after they saw this beautiful car. Who wouldn’t want to drive a car like this?! We weren’t alone – it received the Eyes on Design award for best concept car at the Detroit auto show and drew a crowd of people appreciating it’s beauty.
[nggallery id=2]