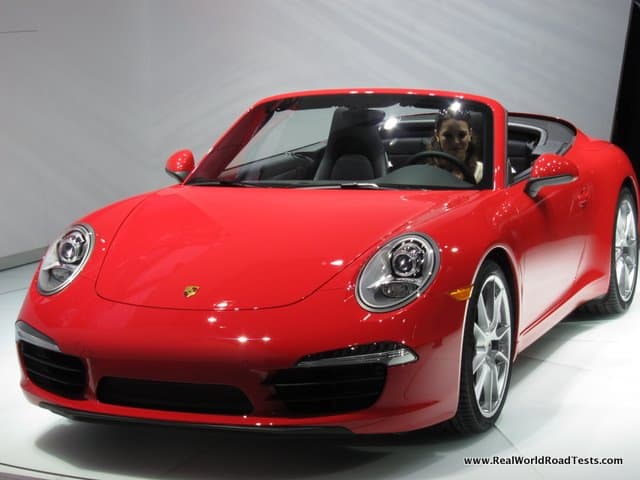 What the Coupé began with the new aluminium-steel body, the Cabriolet continues with the unique hood. As a result the typical 911 roof line is initially retained in its entirety; the Cabriolet also cuts a fine figure when closed up. Intelligent lightweight, even including the use of magnesium in the hood, enabled the open-top 911s as well to reverse the weight spiral and make the new Cabrio models significantly lighter than their predecessors.Each of the two new Cabriolets has the same engine as its Carrera Coupé equivalent. The rear of the 911 Carrera Cabrio houses a 3.4-litre flat engine generating 350 hp of power driving the rear wheels through a seven-gear manual transmission. The open-top Carrera S comes with a 3.8-litre six-cylinder engine developing 400 hp and also a seven-gear manual transmission featured as standard. The Cabriolets as well have the Porsche Doppelkupplungsgetriebe (PDK) available as an optional extra, delivering even lower fuel consumption and shorter acceleration times.

Each of the two new Cabriolets has the same engine as its 911 Carrera Coupé equivalent: 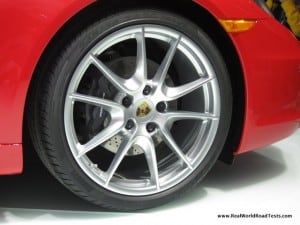 Porsche bills the new Cabriolets as the 911s with emotional appeal. With the top down, they convey a unique abundance of intense driving impressions between outstanding performance and calm comfort. This is based on the light, stiff body in conjunction with the long wheelbase. Reduced weight and a longer wheelbase compared with the predecessor generation are complemented by the wider front track and larger wheels. In terms of its performance, the new 911 Cabrio raises the bar not by an inch but by a yard. This is down to a precisely synchronised package of new and enhanced systems. Electro-mechanical power steering and, in the case of the Carrera S, Porsche Torque Vectoring with differential lock are featured as standard – in conjunction with PDK even regulated. If so desired, the new 911 Carrera ups the ante in driving dynamics terms with options such as Porsche Dynamic Chassis Control. 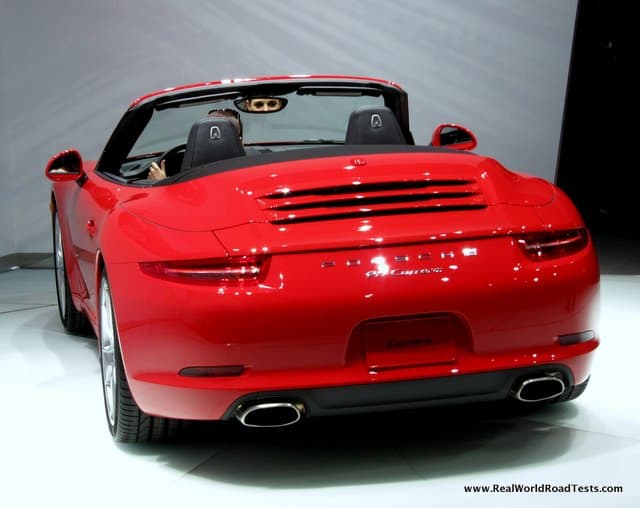 Porsche has managed to reverse the weight spiral and make the new Cabrio models significantly lighter than its predecessors, by up to 132 lbs depending on equipment. As a result, for the same engine output, the new 911 Carrera generation combines enhanced performance with significantly lower fuel consumption. 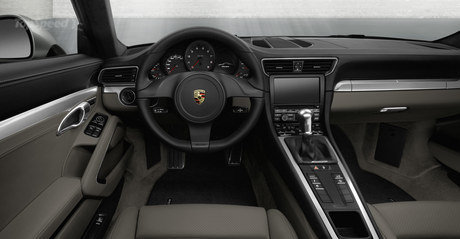