An Exotic You Can Live with on a Daily Basis 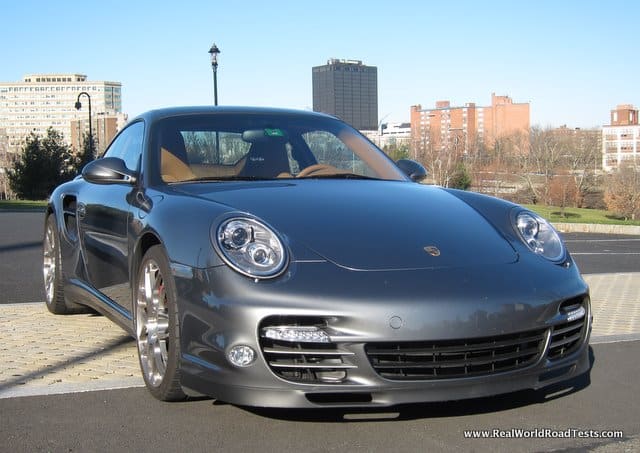 We had an opportunity to play around with a 2011 Porsche 911 Turbo courtesy of one of our readers. I must say this is one impressive car! 500 horsepower, 480 lb-ft torque, and 3.5 seconds from 0 to 60 mph. At the same time, it’s not a car that overwhelmed me in any one particular aspect. The Porsche 911 is an interesting car in this respect. Jeff, the owner of the car, talked about how people notice it but it’s not the type of car that draws a significant amount of attention. I have to believe that a part of this is due to Porsche having multiple models which look very similar to the 911 Turbo. People are just more used to seeing a Porsche which looks similar to the Turbo, and the average person may not even recognize that this is a much different car than the standard 911. Jeff also made a great point that this isn’t necessarily a bad thing. When in more exotic looking cars, you will have people drive along side of you staring and taking photographs of the car. Making a simple trip to a store with say a Ferrari, can muster a small crowd around the car checking it out and sometimes going beyond a friendly look. This is why some people who can afford sports cars as well known and impressive as the Porsche 911 choose not to get one. There are plenty of thrilling cars to drive that don’t encourage people to encourage fill the car park with a crowd everytime you go shopping! For example, many car enthusiasts enjoy driving the Nissan 350z as it’s 0-60 is 5.31 seconds, which can easily be increased with Nissan 350z mods. These are relatively inexpensive. You can also give your 350z cosmetic mods in order to make your ride look even more attractive!
httpv://www.youtube.com/watch?v=3brGnA1LrRs

The full leather interior of the Porsche is gorgeous. It is embraced with numerous details starting with the Alcantara (a plush material) roof lining down to ambiance lighting effects. Sitting inside you immediately recognize that this car is something special, and the price tags starts to make sense. The seats are very comfortable, and the simple to understand controls are within easy reach. Jeff is a fairly tall guy at 6’ 4”, but there’s still ample room for him in the front seats. The rear of the car adds some extra storage space, with the ability of the back rest to fold down and serve as a shelf. With two passengers in the front, a child can sit in the rear but it’s tight. A smaller sized child car seat will also fit aided by the ability to remove both the bottom seat pad and the rear back. Jeff noted that his children have sat in the back of his previous Porsches which have the same room, and they’ve always had a big smiles on their faces. 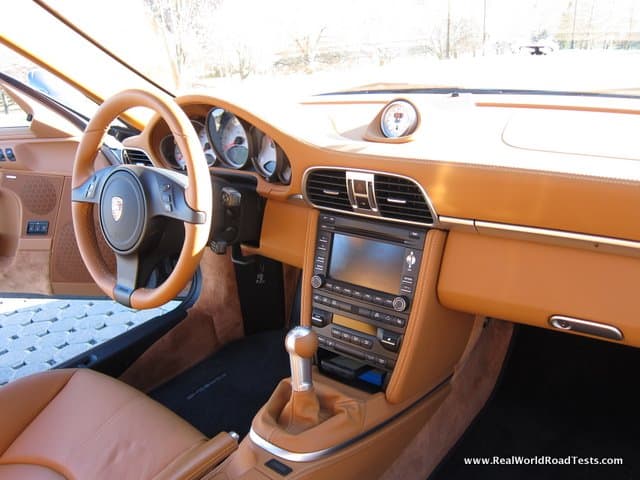 “Great cars are like fine wines…if you can discern the subtleties and they matter to you, they’re hugely desirable. But you don’t buy them because they get you drunk faster.”  Jake Gulick, Editor

Upon starting the car and hearing the engine, it begs to show what it’s capable of. 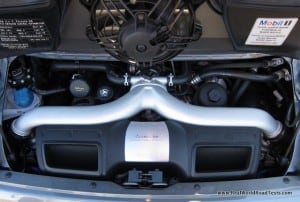 Accelerating felt like there was literally a hand was pressing my chest back into the seat, even if we were already traveling at a reasonable speed. The car has some serious power and the all wheel drive system ensures delivery to the ground.

After opening it up a bit on the highway entrance ramp, images of the back of a cruiser came to mind and I slowed it back down-ish. I asked Jeff how he avoids getting arrested with this car, and he stated “it’s really, really hard.” Cruising on the highway, the interior noise was limited but you can hear the turbo and engine cooling fan if you listen closely. We had absolutely no problem carrying on a conversation. One note about the AWD system – occasionally when really getting on the power in a turn, you can feel the AWD system almost want to straighten the car out for a brief moment. I was only able to produce this feeling once while on the highway, but Jeff said he’s felt it on rare occasions as well.

The car felt so competent and easy to drive, going quickly in twisty sections was beyond effortless. If you’re an okay driver, you will become great. If you’re a good driver, you will evolve into a God. On back roads I couldn’t but laugh at how simple it was to get the 911 to devour the curves. It almost felt like the car was mocking the road. The ride is firm, but not overly so where you wouldn’t want to take it on a long trips. While driving around the 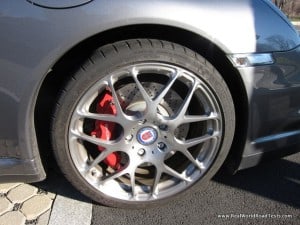 city and with just a push of a button, I turned the sport mode off and which made for a more comfortable ride. Then when back on open country roads, turning the sport mode back on to stiffens up the suspension and makes the power tune of the car more aggressive. Fortunately as quickly as the car can accelerate, it can come to a stop by applying it’s massive ceramic brakes.

It is not a car where any one single aspect overwhelms you, but as a package it is simply an amazing car. The feel of the car is not raw, which can be good or bad depending upon your taste and what you want the car to be. The Porsche 911 Turbo is a car which not only appeals to your senses, but is also a relatively sensible vehicle when comparing against other similar cars. It is a vehicle that can be driven on a daily basis and is easy to live with. A part of this also relates to it‘s good reliability and not having to be afraid of actually put miles on it. The car is so comfortable and composed when you want it to be, yet more than capable of evoking a massive grin when given the opportunity to demonstrate what it can do. What I find somewhat funny is while I was not initially overwhelmed with the car, I can’t stop thinking and talking about it. Instead of hitting you all at once, it creeps up on you and stays.
[cincopa A8JAdwaQKioB]

* As noted in the above video, Porsche has an extensive book of options available.

The Porsche 911 Turbo is also available in the PDK package which is an automatic, equipped with paddle shifters.