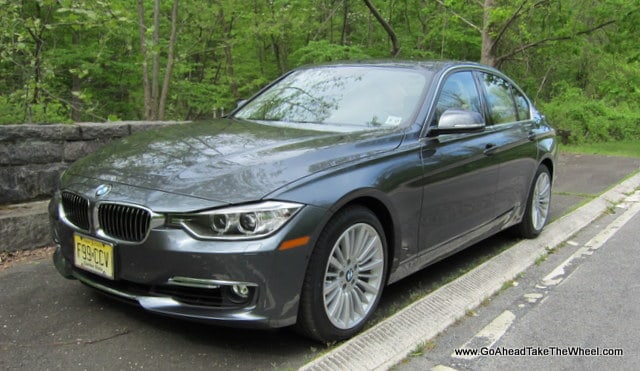 The ActiveHybrid 3 is BMW’s new gas/electric version of the 3-Series, a premium compact car that the automotive press has been bowing down to for decades due to its unparallelled balance of luxury, comfort and performance in its class.

Surprisingly BMW chose to mate the battery-powered 55 hp electric motor to the 335i’s silky smooth 300-horsepower turbocharged inline 6-cylinder instead of the 328i’s or new 320i’s turbo four. The total output is 335 hp and 330 lb-ft torque. BMW claims the 0-60 times are 0.2 seconds faster than the 335i. Although we didn’t verify these numbers, it feels pretty darn quick and we have no reason to believe otherwise.

What disappointed us most is the high speed handling of this car. After all, BMW 3-Series cars traditionally handle very well. When driven hard, this car just feels sloppy by comparison. This is due in part to the 300 extra pounds it carries from the hybrid system, and the standard (non-sport) suspension setup. But for the average daily commuter, it has a nice ride/comfort balance. Routing and emergency braking though feels confident. Stops are short and straight. 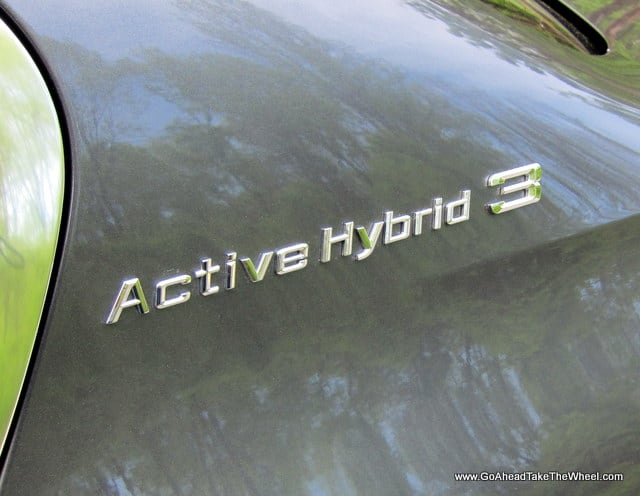 The ActiveHybrid 3 comes equipped with the Hybrid Start/Stop function that switches off the engine when the car stops, reducing fuel consumption. Normally we would get very frustrated with it, since often times it would stop only to have it immediately start up again, like when you’re in heavy traffic. But since this is a hybrid, we are more understanding and forgiving. 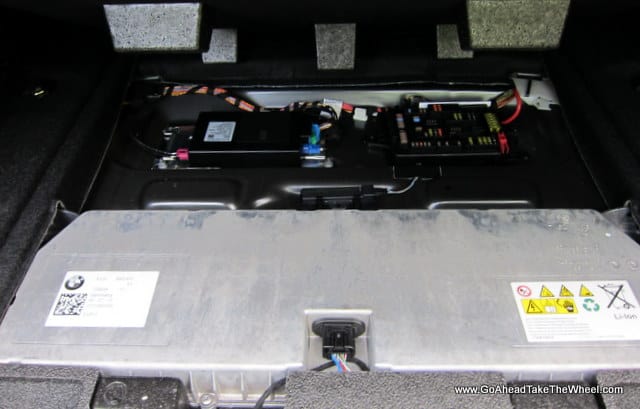 BMW did a great job integrating the 1.35-kW-hr lithium-ion battery pack beneath trunk floor.  The trunk floor remains flat while you can still make use of the the 40/20/40 fold-down rear seat. 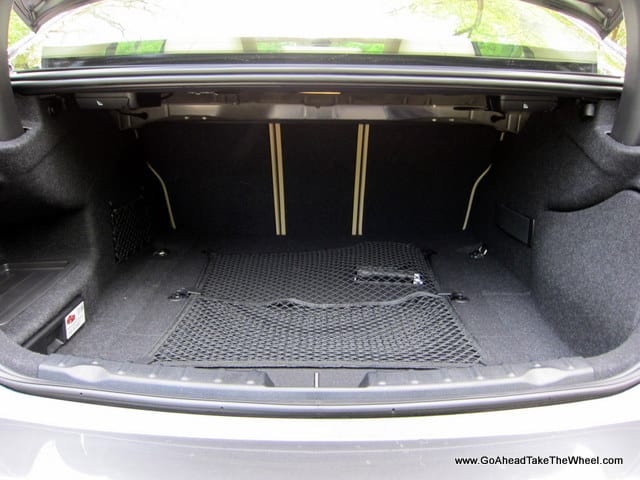 The fuel consumption advantage of the ActiveHybrid 3 is a questionnable, especially when considering the base price is $6,500 over the price of a base 335i. The ActiveHybrid 3 gets an EPA estimated 25 city / 33 highway. Both the 328i and the 335i with automatic transmission get an EPA estimated 23 city / 33 highway. And since BMW paired the hybrid with the 335i’s engine instead of the new 320i’s engine that gets 24 city / 36 highway, you’re not really doing anything better for the environment either. We just don’t see the practical point of this vehicle other than the status symbol of driving a premium hybrid. If you’re really interested in buying a hybrid, and either preserving the environment, or reducing fuel costs, there are plenty of other less expensive options out there that get better mileage.