The M3 Coupe Lime Rock Park Edition has officially hit the roads and track. If you’re not familiar with this edition, it’s based off the iconic BMW M3 Coupe and production has been limited to 200 copies. On the surface it may seem just like a BMW M3 Coupe with orange paint and a few options added to it, but there’s much more behind the story. Who better to speak with and learn more about it other than Skip Barber, owner of Lime Rock Park, as well as an automotive enthusiast who purchased one? 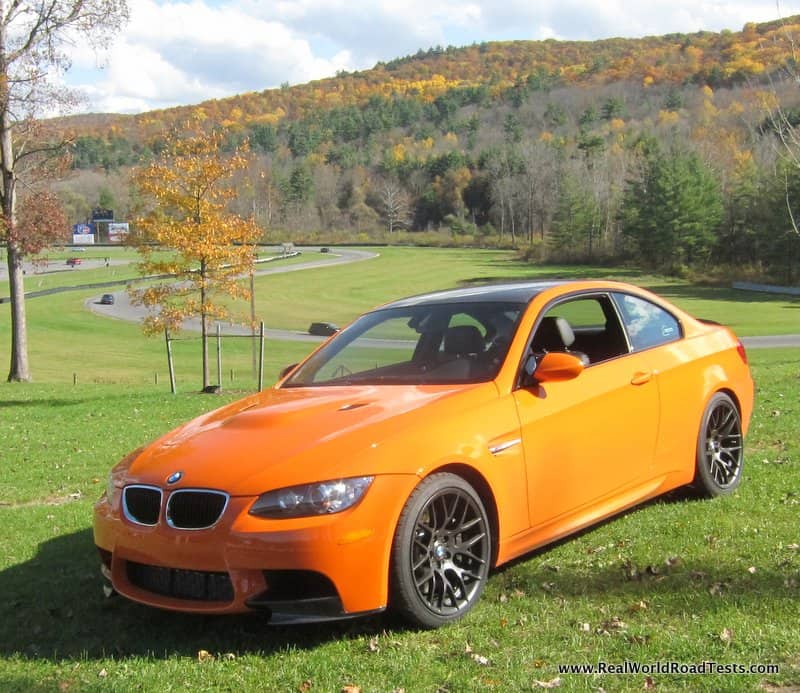 The Lime Rock Park edition was constructed on the foundation of the iconic BMW M3 Coupe with enhancements selected through collaboration with Skip Barber and Lime Rock Park. To help make this edition more distinct, each car is painted in a rare Fire Orange color. It is then fitted with the M3 Competition Package, the M3’s signature carbon fiber composite roof panel, a lightweight titanium exhaust muffler, carbon fiber front and rear aerodynamic aids. On the inside, it features an Anthracite covered flat-bottom steering wheel and Black cloth seating with Nappa leather trim. Finally, each M3 Coupe Lime Rock Park Edition is identified by a numbered plaque located on the center console, a unique decal on the left-rear quarter window, and a certificate of authenticity. 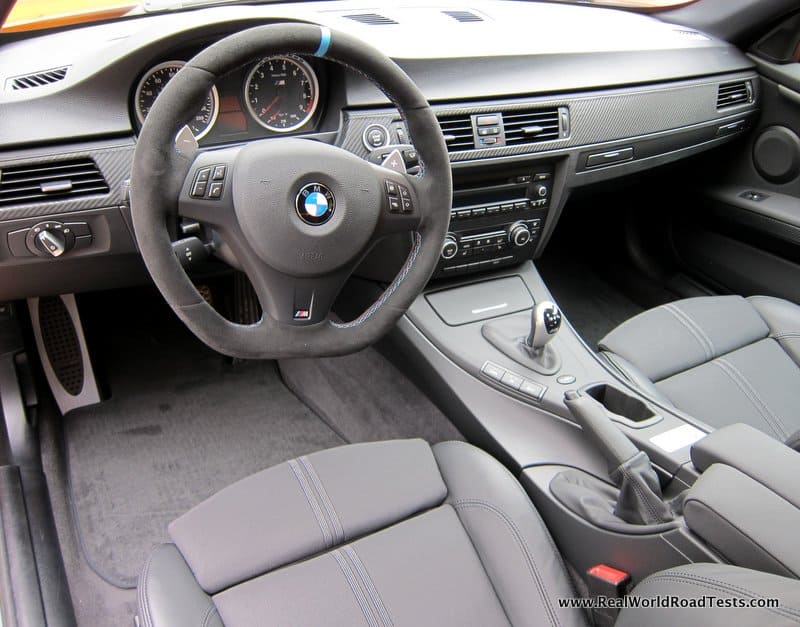 On a beautiful autumn day, with many of the surrounding trees bearing leaves in a close color to the BMW, we paid a visit to Lime Rock Park to chat with Skip Barber. As we sat inside the track’s chalet, the befitting noise of cars running around the track could be heard in the background. It was a fantastic setting to learn more about how the car came about, the goals for doing this edition, and behind-the-scenes background about this collaboration from the man who was so integral to it’s birth.

the Fire Orange color. If you’re familiar with Lime Rock Park’s Driver’s Club, you’ll know that a very similar orange color is integral to their branding. We wondered if that was the primary influence to the color decision.

“Coincidence. We like to think we picked the color, but we didn’t. It was initially going to be a metallic orange, but BMW decided to not do that and we were happy with the decision.”

Especially knowing some of Skip’s background and the numerous accolades he’s accomplished, we were curious how this all come about and what did he hope to achieve.

Simon Kirkby who’s a longtime associate from the Skip Barber Racing school and now Director of the LRP Driver’s Club was at the 2012 Detroit auto show in January. While there, he and Matt Russell who’s in charge of the M program (at BMW) began talking about their special relationship. BMWs have a long partnership with the track. The BMW school cars have been in place for 10 years, the BMW pace car has been utilized for a long time, and BMW sponsors the track. BMW believed that LRP and BMW have a great history and both parties agreed that something special should be done to celebrate it. This is really what the LRP edition is about. 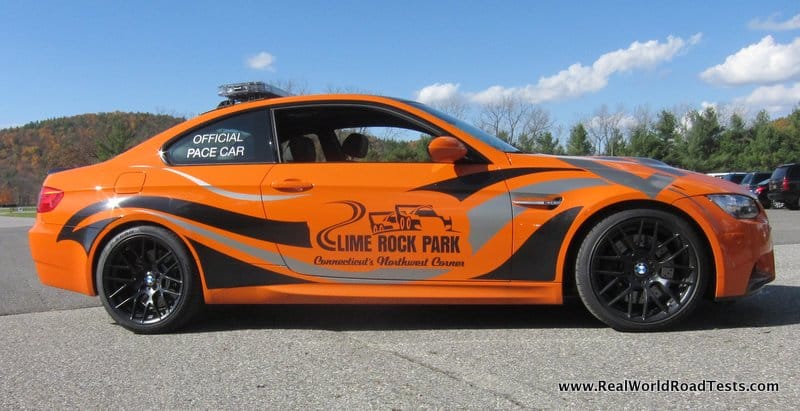 Skip added that “we wanted to do a car that BMW enthusiasts thought was great, and hopefully we achieved that.”

When looking more closely at the car, you’ll realize that they’re relatively basic. We asked if the car is appointed to the level Skip hoped for.

“We got exactly what we wanted. There are a lot of BMW enthusiasts who feel that BMW has put too much emphasis on luxury and things are too complicated. The idea here is really back to basics. My version has no navigation, and no power seats. From a driving perspective the car feels really good with a stiff chassis. It really feels like you’re sitting in a racecar.”

With a limited edition production run, why doesn’t each car specify which number they actually 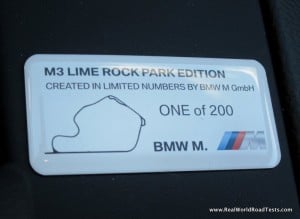 “There are 200 copies and theoretically my car is the first one, then the pace car is the second. It turns out for us amateurs the numbering system makes no sense. The serial numbers are assigned way ahead of time, long before the cars are built. The cars are also not built sequentially.”

As an example, Lime Rocks second one has a lower serial number than the first one.

“Originally they committed to have cars individually numbered, but then BMW’s legal department stopped it. They were changed to ‘1 of 200’ and ironically everyone thinks they have the first one.”

Skip also stated that BMW is not trying to be misleading with this designation. 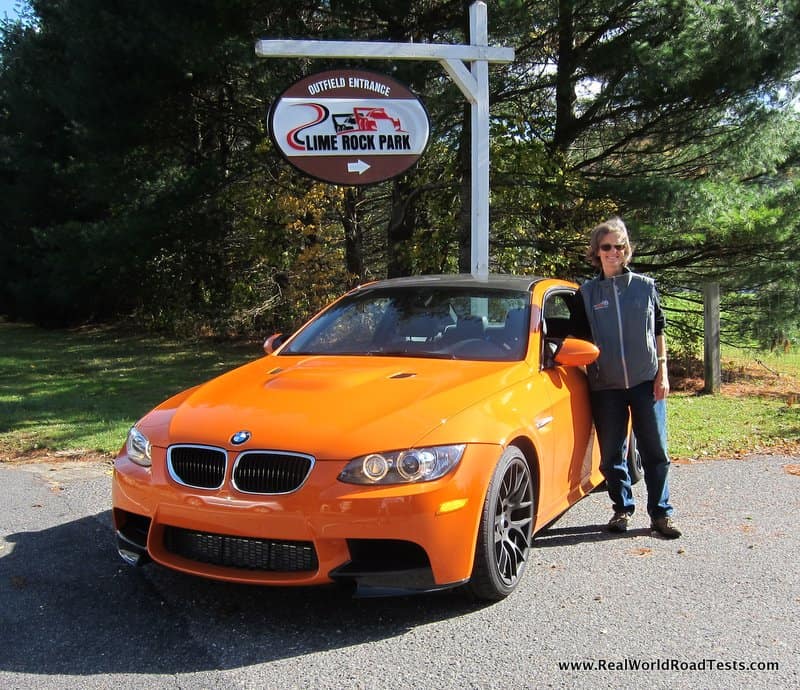 A few months ago, a dear friend of mine mentioned the idea of selling her recently purchased Cayenne in order to buy one of the LRP edition BMW M3s. It caught me off guard because Stephanie often expressed how much she enjoyed the Cayenne, and it gets use as a tow vehicle for her racecar. On top of that, I’ve always considered her as a “Porsche Chick”.

“My passion for this park (the track), passion for what Skip stands for, what he’s done as an owner of this park was an attraction to the car. Certainly the orange was a big piece of it too; I love the color and use it in my own business as well. The fact it was a limited edition was also a component. But what ultimately made the decision is when I drove the car.

There is one other piece. I drove an older 2004 model M3 and loved how tight the car’s suspension felt.”

Stephanie is fortunate enough to also own a Cayman, and I’ve often teased her about its relegation to the garage and be a fair weather vehicle. So why buy a limited edition car that could potentially be a collector’s car, and use it as a daily driver?

“Over the years I’ve learned that I don’t want to short-change myself of experiences. This BMW is a more practical car to have as a daily driver; it has four seats. So that helps to relegate the Cayman as a garage queen.”

We share many of the same viewpoints about cars, and truly become emotionally involved with them. What emotions and senses connect you to this car?

“I really feel like I’m an extension of the car. In a lot of ways, it’s similar to how I feel towards the Cayman. The Cayman is so perfectly balanced, I feel so centered in the car. I am right in the core of it. With the BMW I don’t feel so much that I’m in the center of the car, but I feel when I drive it, it’s the spirit of the car, the psychology of it, the thrill of it, and the anticipation. When I leave work, I’m usually in a pretty exhausted and drained sense. I get to have a 9.2 mile drive home, the same roads I’ve always driven home, but in a really special car.

And those blips between gear shifts are just magical. I think BMW was masterful in how they were able to engineer the car to have all of these sensory attributes that work on so many dimensions and make it a wonderful driving experience.” 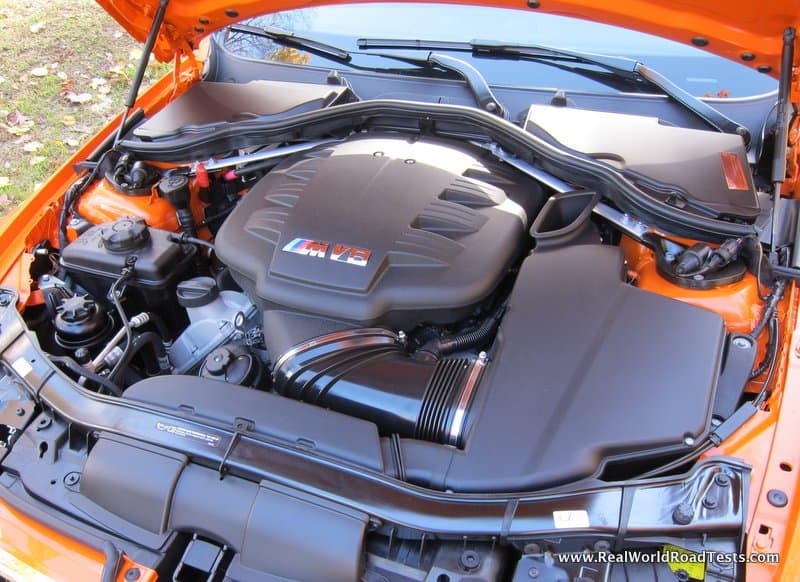 As great of a car as it is, are there any aspects you’re not fond of?

“The badge for the special edition. It’s unfortunate that BMW took special care to have all of the best components that could go into the M3, and yet you have the special edition badge appointed in a way I don’t think is complimentary to the rest of the car. The location BMW put it in isn’t wonderful, and I can envision that plastic plaque coming off. It doesn’t have that sense of performance to me.

The 1 of 200 bothers me a lot too. I wanted number 3. I knew that Lime Rock and Skip were going to get numbers 1 and 2. Being a competitive person, I wanted the next lowest number and went after it. I felt that I aligned everything to get it too.”

Like Skip’s car, you refrained to get many options on yours except for heated seats and dual clutch. What kept you from adding others?

“I wanted it as pure and simple as it is. I am not driving this car for its amenities. I am driving it for its performance and the exhilaration that I experience. I am driving it for the exhaust note, the feeling of the steering, the sinewy country roads that drive on. As an enthusiast, I didn’t want it with bells and whistles. I wanted to have it as close to as what the raw machine is.” 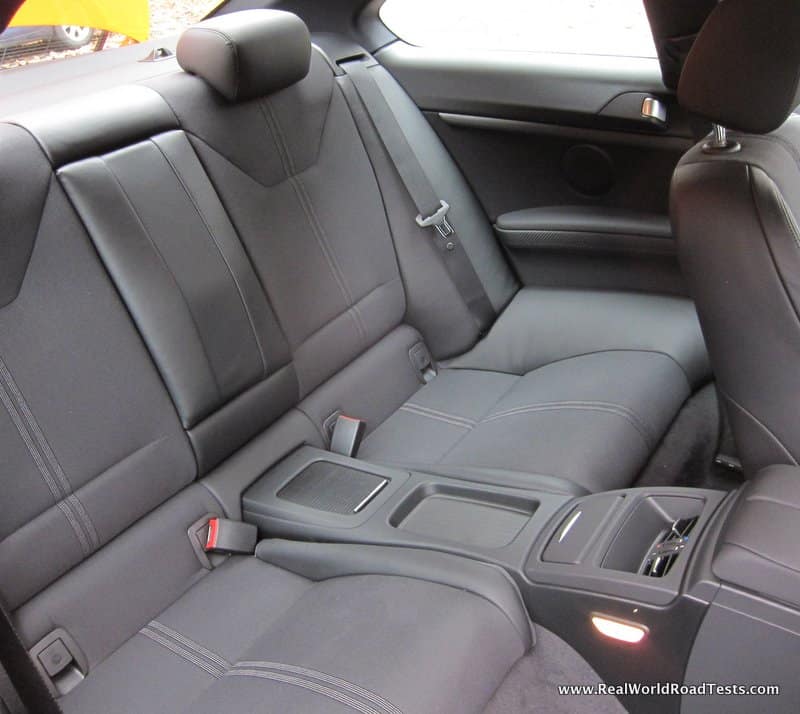 Matthew Hilton shares his unique experience with the car from the back seat after spending a few hours on a journey with it:

I liken putting an autophile into the backseat of an M3 must feel very much like a French chocolatier tasting sugar-free diabetic candy. Sure, the taste may be there, but something is missing – and they know it.

In the rear of the M3, the biggest complaint is that your neck will be sore. No, not from whiplash, overly harsh ride quality/suspension or from the over-zealous driving habits of your driver, but from constantly squatting your head down to see the accelerometer or looking for the apex of the turn.

The rear seats are surprisingly comfortable, given their race-inspired design although they are a far cry from creature-comfortable. The suspension (with M mode off) is surprisingly not horrific, again, despite the racing stance and tuning. Even with M mode on and the accelerator mashed to the floor, overtaking mere sedans on the freeway is a spirited adventure that’s sure to bring a grin to race enthusiasts and drivers alike but more surprisingly to passengers too. Something that cannot be said for other “race inspired” vehicles (Subaru WRX STi comes to mind).

M certified dealers are only allowed access to one copy of the Lime Rock Park edition. The demand from dealers was instant and no dealer which doesn’t have one spoken for is able to get one. How many of these vehicles has been sold to the final consumer is unknown. This car will not be available again as a 2014 model.