2013 Cadillac CTS-V: A Refined Beast of a Vehicle

The CTS-V is as a luxurious vehicle, with massive amounts of power on tap. While the Cadillac brand had traditionally been thought as a car for a much older subdued driver, the CTS-V is anything but that. 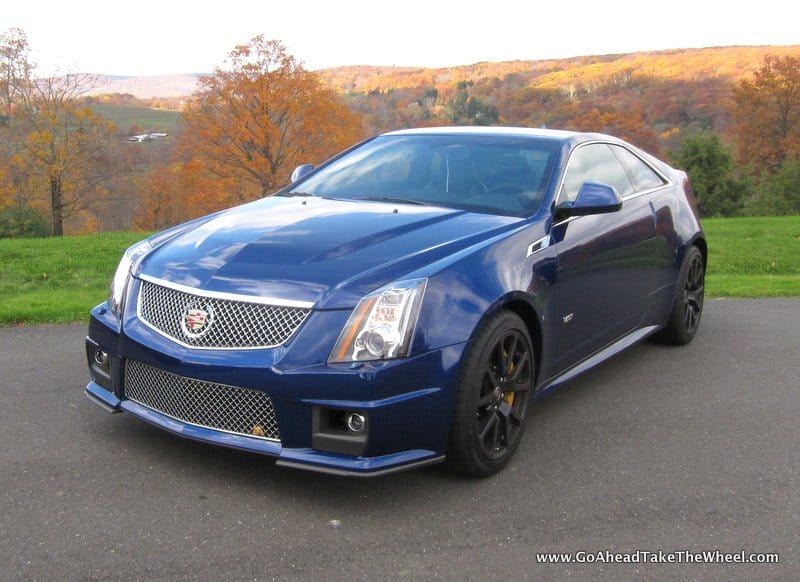 The car is full of sharp angles, folds, and interesting details such as the unique headlight design, grill shape, and vertical tail lamps. I found myself taking time to visually explore the car, almost like it was a piece of art. What we appreciated about this is that regardless of what one thinks about the aesthetics, the CTS-V does not look like any other car on the market. As we walked down a parking lot, it really had us look at most of the other 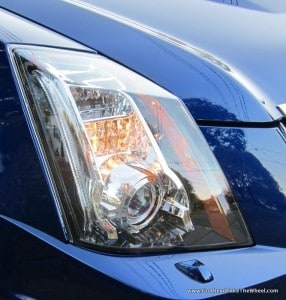 vehicles and how they all just blend together. Take the car’s make and model badges off, make one or two subtle design changes, and it’s amazing how much they resemble each other. This is not the case of the CTS-V which demands attention and creates its own distinction. This also carries over to the driver as you both enter and exit the vehicle. Admittedly I was just fine with hot chicks looking at me even though I knew it was all about the car. Being with the car evoked a sense of pride and higher level  of confidence.

Sitting inside the car, the refinement and class perception that the Cadillac brand carries is evident. While many cars seem like they attempt to awe a person with the number of gadgets, this one had just the right amount and the controls were intuitive to use. The CTS-V comes with a nice list of standard features including heated front seats, dual zone climate control, voice commands, and high-intensity discharge (HID) headlamps. Many vehicles come with either rear back up sensors or a review view camera, each of these technologies have their own set of benefits and issues. The CTS-V steps is up a notch and 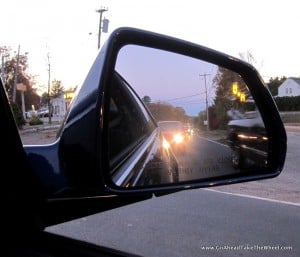 incorporates both, which worked together wonderfully. Another feature that I was quite fond of are sensors which alerts the driver when a car is in a potential blind spot. (Shown as two yellow car like images on the side mirrors; upper right portion of the mirror in this picture.) The various elements inside the car seamlessly blend in together. An example of this is the retractable touch screen display. When desired, it could be raised to provide a large screen display for navigation or audio information. At a touch of a button, the screen could retract and blend in.

The optional RECARO seats are nice, but I never felt like I could get them right even with the multitude of adjustments available. I also was able to spend some time in a CTS-V Sedan that had stock seats, and they felt much more comfortable. The owner of the Sedan model also agreed that the RECARO performance seat option is one many people can skip which isn’t a bad thing considering the extra $3,400 price tag it carries. 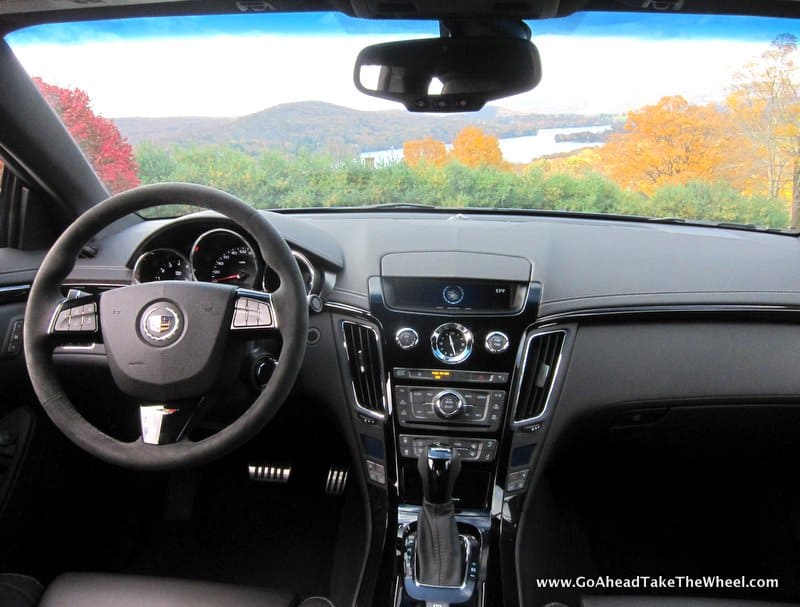 The rear seats in our test car were fine for children, and they were not hampered by leg room. The limiting factor in the rear seats is headroom. A friend who’s 5’8” tall just fit without his head hitting the roof. If you’re looking to transport taller occupants in the rear, the Sedan or Wagon will more comfortably fits two adults with more useful leg and head room.

In the CTS-V model name, the “V” stands for velocity, and what an appropriate designation. The car feels like a rocket ship and even has the sound to go along with it. 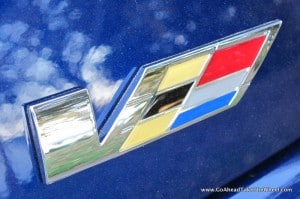 Whoooosh! Upon heavy throttle application, the car literally takes off propelling occupants from 0 – 60 mph in just under 4 seconds.  Watch out! Even during high speed acceleration (like when passing on the highway) is addictive and effortless, as this car will blast you from 60 to over 100 mph in the blink of an eye. The power comes from GM’s 6.2 liter supercharged motor, and carries an impressive rating of 556 horsepower and 551 lbs-ft of torque. For the beast of a vehicle it is power-wise, under full throttle, you don’t hear as much noise as you would think. You can hear a faint supercharger whine generating from the engine bay, and the exhaust note takes on the luxury characteristics of the vehicle with a muted baritone sound.  We debated about the pros and cons of the lack of exhaust notes and had different points of views. For a luxury vehicle, it’s appropriately subdued, but for a performance vehicle, we would have preferred it to sound more aggressive under heavy throttle or at higher RPM.  Fortunately, if your tastes desire a more aggressive tone, there are ample aftermarket options. 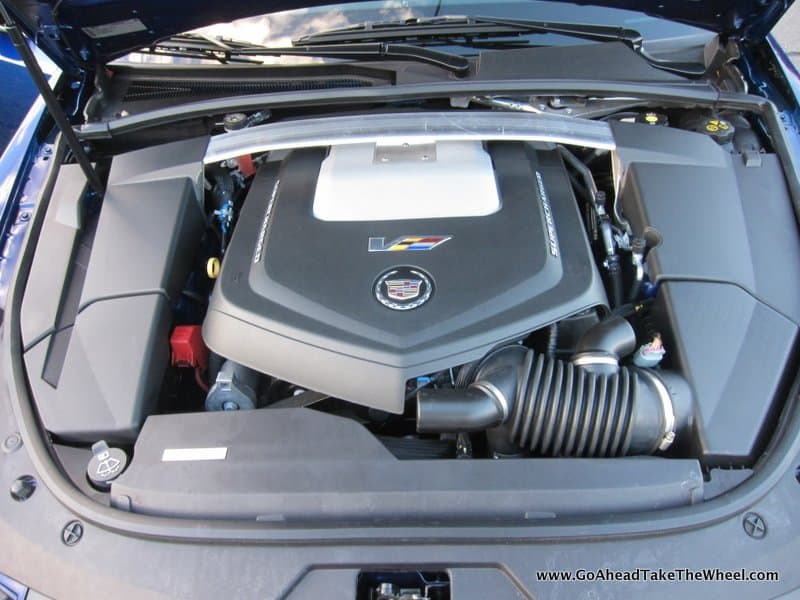 Although the car is heavy weighing in at around 4,200 lbs., it feels surprisingly nimble. In the CTS-V, GM implemented its Magnetic Ride Control system that uses shocks controlled by electro-magnets instead of mechanical valves. (The Corvette ZR1 also uses the same system.) The sensors at the wheels essentially read the road 1,000 times per second and makes constant adjustments to the suspension dampening. We felt practically no noticeable difference between “Tour” and “Sports” mode.  Both modes feel taut but comfortable.  For drivers who want more manual control, switch on the “Competitive Mode”, which disables the electronic stability control system, and be careful. Fortunately I found the car to be predictable, but could easily see someone getting themselves into trouble if not careful when applying its massive power. 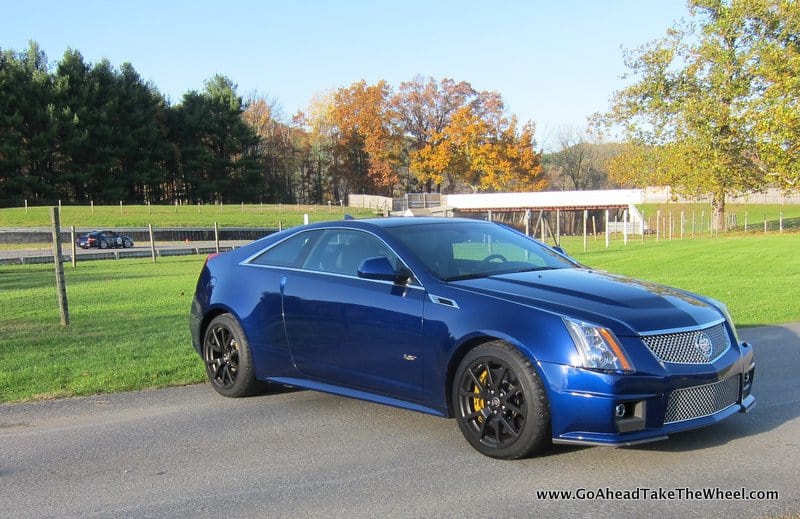 With GM’s television ads touting the car’s abilities on the Nurburgring, we decided to give it a try at Lime Rock Park. If you’re not familiar with the track, turn one has a large braking zone. I wouldn’t say that the CTS-V struggled here as it does have massive Brembo brakes, but this is an area where the heavy weight of the vehicle was most noticeable. Although I enjoyed the power, I’m not sure I’d call this car a fun track car for the more experienced track driver at least on street tires. If you’re newer to driving on a track, haven’t been corrupted by a well-tuned racecar, even if a low horse powered Miata, or if you’re willing to put on some real race tires you’ll probably love the car for track use. We were admittedly gentle on the car as the OEM tires are extremely expensive to replace and they were quite fresh when we got the car.

While the Cadillac CTS-V is far from inexpensive, it’s hard not to consider it a good value for those considering an ultra-high performance luxury car given how much punch it packs, not only in terms of power, but also luxury. Cadillac also puts any reliability concerns to rest with their comprehensive Cadillac Shield Owner Benefit Program which includes a 4 year, 50,000 mileage bumper-to-bumper warranty that has no deductible. Do read the fine print before taking it out on the track though. My biggest gripe about the car is the fuel mileage (rated at 16 mpg combined), but then again, that’s the price you pay for having so much power.  This Caddy proves to be a wicked fast very well rounded performance car that that retains the luxury you would expect from Cadillac.  It  also helps further evolve Cadillac’s new image by appealing to a more youthful crowd.