Previously Hoosier made a dirt tire call Dirt Stocker which while not designed for road racing, had a DOT rating and became THE rain race tire to have. The amount of grip they provided in heavy rain conditions was honestly amazing. However, if the track dried you were in big trouble as the tires were just so soft. Eventually the tires became exclusive to just a couple sizes, primarily 13” wheels and are now no longer available. 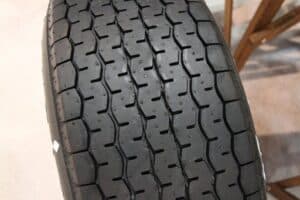 Hoosier has been producing a DOT rain tire called H20 for several years. The H20 tires proved themselves to also be a fantastic rain tire where even in a drying track condition, they help up relatively well. In my opinion, they still didn’t have as much grip as the Dirt Stocker did in heavy rain but it is a much better all-around rain tire. When comparing the old Dirt Stocker tire to the H20, you could see differences in tread patterns where the H20 was designed to push water aside whereas the dirt stocker was not designed with this purpose in mind. However, the dirt stocker compound was quite soft as it was meant for…dirt. This soft compound made up for the inferior tread design.

For the past several years, Hoosier’s engineering group has been testing new Wet Track Tire Compounds and have finally decided to apply / change the DOT radial wet tires line to a softer, higher traction compound.

Hoosier is applying this change to their Bias Ply Wets (W3) as well to offer an even softer, higher traction tread compound for the SCCA 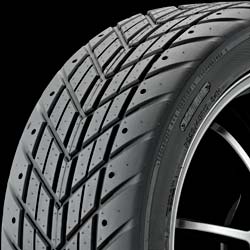 Only the tread compound was changed as no construction changes were made. Hoosier felt the H2O compound – although worked well in the rain – could be replaced by a higher traction compound to offer higher performance with similar or a bit less tire life. For most of us rain

tires were not requiring to be replaced due to a lack of remaining tread, but instead due to the age of the tires. When thinking about this where higher level of grip might mean sacrificing tread life, the tire compound change makes sense.

As someone who absolutely loves racing in the rain, I’m extremely excited to try out the new rain tire. Unfortunately, many of us are going to have to wait a bit until existing supplies of the H20 tires are depleted and Hoosier then switches over to the softer compound. As of the time this article was published, the tires were only available in two sizes: P205/55R-14 W2 and P225/45R-15 W2. As the year progresses, stay in touch with your Hoosier distributor to see when supplies begin to arrive.