Have you ever had those moments where you try to convince yourself, “someday this will all be a really funny memory that I’ll look back at fondly, right?”  That essentially sums up my Labor Day weekend at Summit Point Raceway in West Virginia.

The Summit Point Labor Day weekend event has always been one that I enjoy and strive to attend, although it is almost a 7 hour tow from where I live.  While my wife and kids were unable to join me this year, my nephew Matt was excited to come and was looking forward to an adventure. Little did he know we would have just that!

We arrived at the track late in the afternoon and made our way to get settled in and set up our camping area.  I have camped at Summit Point in years past and we quickly made our way to the nice spot where I stayed several times before.  Unfortunately, the site was quite overgrown and we decided it would take too much effort to make this space work. 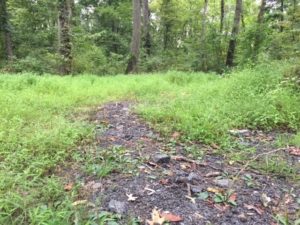 Eventually we found another spot further away from the Paddock and began to setup camp.  “Ouch!  Stupid mosquitoes!!!” I tend to be a target for them anyway, but this was really bad.  I tell myself “deeeeeep breaths, relax.”  We got settled in for the night, but those bugs sure were persistent and beyond frustrating.  The next morning we awake and both of us got our fair share of mosquito bites all over our legs. The Summit Point area had received quite a bit of rain recently and the mosquito population was thriving.

The next day was a test day, and the first session came with additional challenges.  I felt pretty good, but the engine sounded like a tractor and was way down on power.  I began to speculate what it could be and how this would impact our weekend.  After the session I opened the hood and began investigating.  I pulled the spark plug wires, and one of them was full of water.  “Well that’s not good!” I thought.  I immediately thought the worst and how the engine probably had considerable damage to it.  I called one of my friends and he posed an interesting question – “by any chance have you washed the engine bay recently?”  OMG, yes, that’s it!!!  The engine bay was quite dirty and my daughter helped me wash along with giving me a good spray.  Water had gotten on the top valve cover and I soaked it up, but obviously not quick enough.  After getting that dried up, the engine ran perfectly.

Since it was just a test day, I decided to skip the final two sessions so we could journey off to Washington D.C. which Matt had never visited before.  If you haven’t experienced it before you really should. It’s truly a beautiful city! 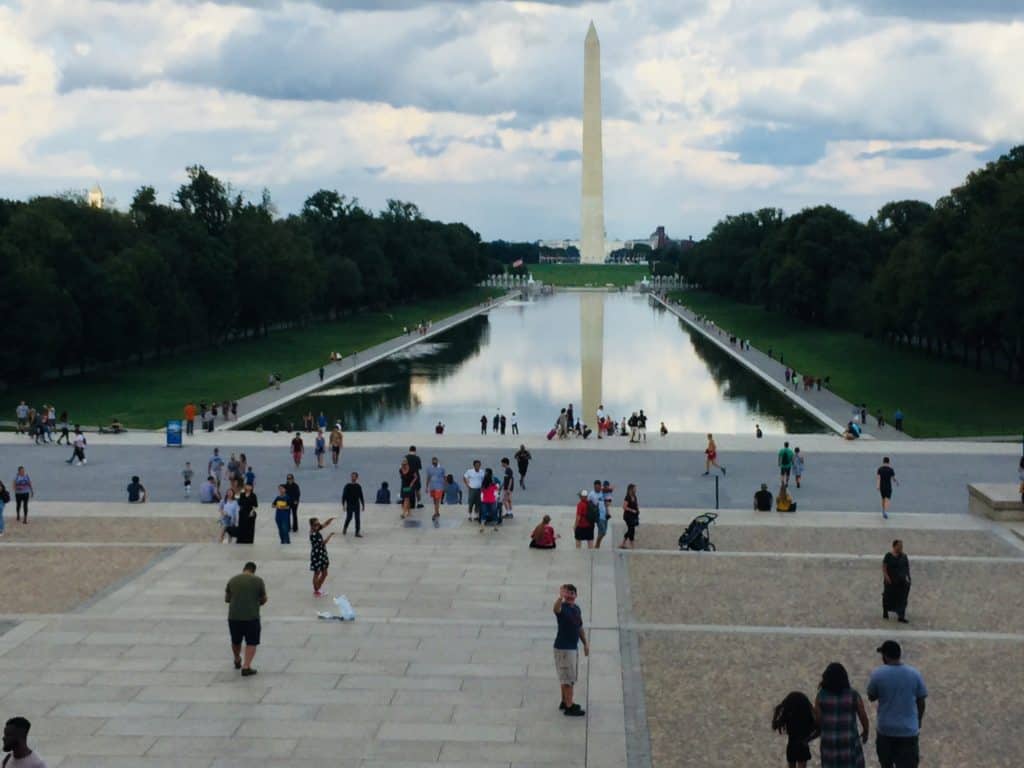 Even with all of the amazing monuments, the Capital building, and the White House, some how the friendliness of squirrels was the highlight for Matt.  Yes, squirrels!!! I have to admit it is interesting that they will come right up to you, but really – squirrels? 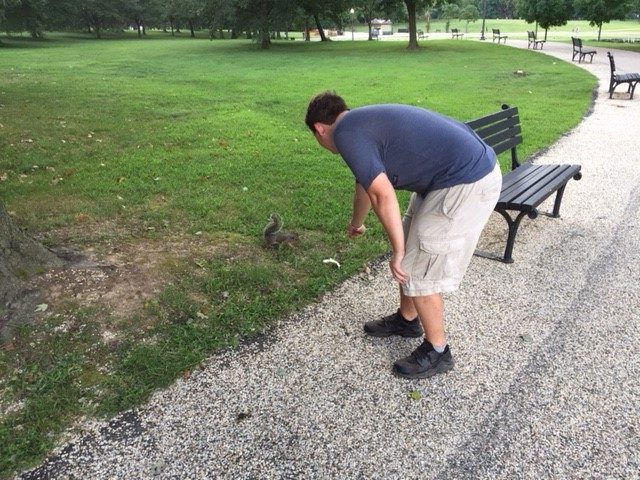 When we got back to camp, the oh so enjoyable experience of mosquitoes was being further enhanced by rain.  As the night went on, for the life of me I could not fall asleep. Between the occasional rain drops coming into the tent and the constant feeling of bugs crawling all over me, I could not get comfortable.  Sometime around midnight I felt the nervousness of the race day quickly approaching.  I began a search on Booking.com to see what hotel options were in the general area, and found a suite at Travelodge that looked decent for reasonable price.  Forget this camping nonsense – I booked it!  In the morning I told Matt, who was beyond happy about my impulsive decision.

It’s now the day of the first race, which I qualified pretty well for, but the weather was threatening rain off and on.  Normally, I LOVE racing in the rain but this weather makes for a challenging decision.  I went back and forth with my decision of using dry or rain tires while keeping an eye on my RadarScope app (another future article and an important one about learning to use radar as a racer).  It was lightly misting, but wasn’t really raining at this point. Based on what I know about radar, it seems like heavier rain in going to hit us soon.  As I pondered my decision, another driver showed me a different radar app on his phone which indicated that we were clear of rain for a couple of hours.  Matt was off at a spot to watch my race, so the thought of changing tires myself just a few minutes before the race further encouraged me to use the dry weather Hoosier tires. I get to grid, and the rain begins to fall harder.  I’ve used Hoosier R7 dry tires in slightly rainy conditions before and was surprised with the amount of grip they have when I could build some heat in them.

At that point I realized that I made the wrong decision, and saw a few other cars drive by me to their spots on rain tires.  Great.  A friend stopped by as we’re within just a few minutes of the race starting, and said what I already knew – “This is what you have, just do the best you can with it.”  All I could think of at that point was what the race start would be like, and just how much carnage there could be with so many cars going out on dry tires.

That was one of my most challenging races in quite some time.  On multiple occasions I went off track, everything slowed down in my mind as I saw the tire wall approaching.  While I was disappointed and speculated how I could have done if on my Hoosier H2O rain tires (which are simply amazing in the rain), I managed to finish and race the next day.  In some way this was a victory.

I consoled myself with the reassuring thought that at least we would not be camping in the rain that night. We would enjoy the comforts of a dry hotel room free of mosquitoes.  We had no idea what unusual experience was waiting for us – the Teddy Bear Suite!

Stay tuned for the second part of this article.  Please consider subscribing to receive email notifications for new articles.  I also would love to hear from you using the new Facebook Comments feature below.  Thank you for your continued support – it’s what keeps this resource going!