A Technical Look Into the New BMW 3 Series

A saying goes “there’s no such thing as a free lunch,” but one look back at the history of BMW’s 3 series shows that it’s either gotten cheaper through the years, we got a bigger sandwich, a healthier one, or all three. 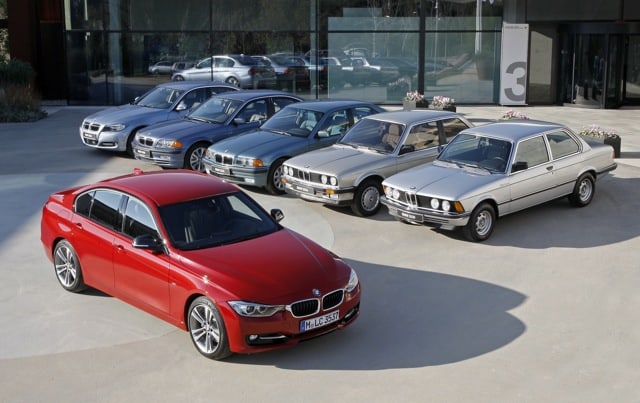 Toward the end of its run in 1991, the first M3 cost approximately $36,000 MSRP, and went from 0-60 mph in 6.5 seconds. Heralded in its day, its fuel economy and emissions performance are primitive by today’s standards. The subsequent version, the hugely popular E36 M3, added 94 horsepower, lowered the 0-60 mph time to 5.5 seconds and cost approximately $41,000 MSRP in 1999. That trend continued into the E46, with HP rising to 333, 0-60 mph times dropping to 4.9 seconds, while cost was about $53,000 MSRP in 2005. Interestingly, adjusting for inflation yields sales prices that have stayed relatively even throughout the years. 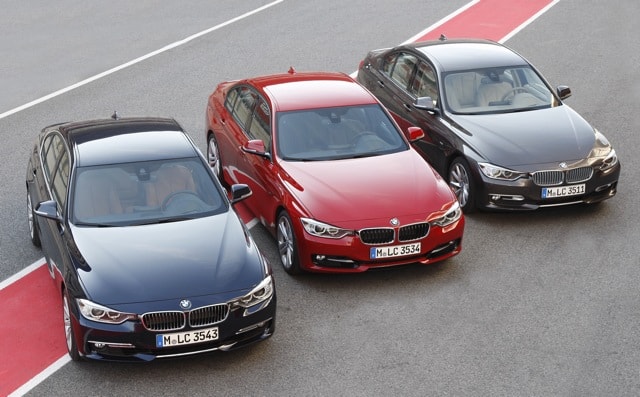 Gains over the outgoing 335i are still respectable: It’s a tick faster to 60, and returns about 6% better gas mileage. Those are the basics, but lets look a bit deeper and see what technical tricks the boffins behind the curtain are using to create the magic. First, let’s look at the new (to the US) inline four. BMW faces a hurdle in introducing any engine to replace its much loved inline 6, much less a four cylinder, and needs to ensure that performance, economy, and driving characteristics are all improved, or it will meet resistance on the showroom floor. 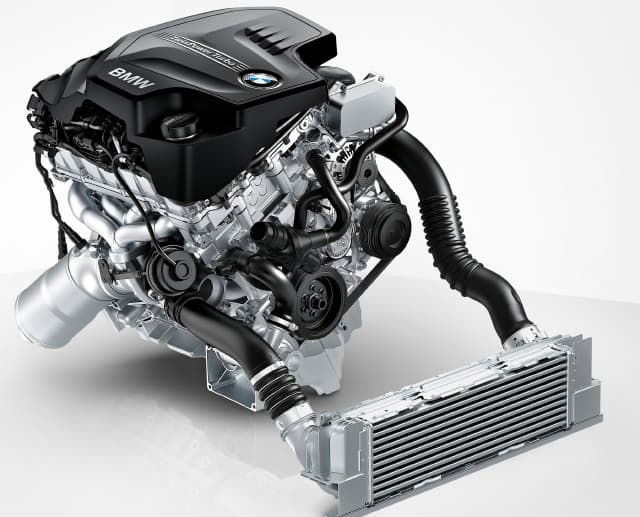 To that end, they’ve attacked it with typical BMW verve. Inline fours are naturally shaky, so BMW used balance shafts to counteract the natural harmonics. But, they didn’t stop there. They placed them at different heights to better quell the vibrations to match the six’s refinement. This has efficiency gains associated with it as well, when you consider that now the engine may (with it’s exceptional torque) be geared for lower RPMs (where typical 4 cylinder vibrations are the worst) at highway speeds, resulting in better fuel economy. Engineers also utilized a dual mass flywheel with a centrifugal pendulum absorber, to counteract irregular running and eliminate vibrations while accelerating.

Other improvements benefit the whole line. Weight is always an issue and we all know how it hurts handling, braking and economy. This 3 series sees an ever greater use of lighter high strength steel, as well as increased use of aluminum. The crankcase is aluminum, and the suspension components have been aluminum for years. But aluminum is finding its way into more mundane areas. Depending on the model, body components, brackets, levers, and covers are increasingly aluminum. And high tech composites are seeing increased use as well. All up, despite the dimensions increasing in every metric over the outgoing version, the new car weighs approximately 88 pounds lighter (manual transmission), at roughly 3,400 lbs.

Mechanical changes account for only half the story. This cheaper and better lunch is being brought to you by the ever more powerful microprocessor, and the attendant gains in design, manufacturing, as well as the obvious control commands over the vehicle systems. 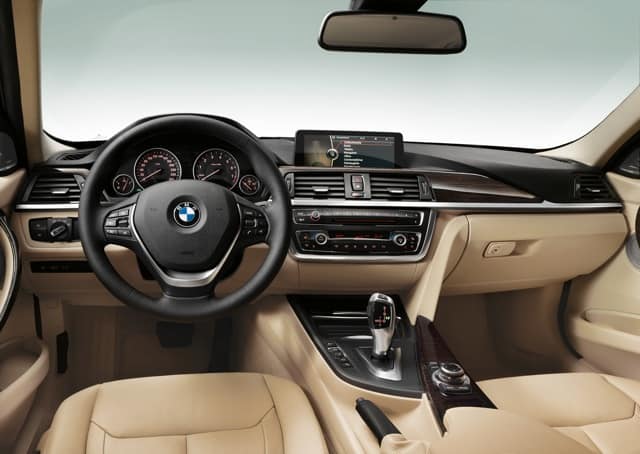 An automatic 8 speed transmission is now a viable option, thanks to increased processor speed and capability. Interactive driving logic has become a significant contributor. BMW has taken a page from its competitors here, such as Toyota, in using the display systems to “coach” a driver in an attempt to modify their driving habits, resulting in increased efficiency. Rocker switches can be used to toggle between driving modes such as “ECO Pro” which focuses on increasing fuel mileage. In addition to the driver coaching, other parameters of operation are changed as well. Throttle mapping changes, air conditioning is throttled back when the computer sees the need, seat heaters and other non essential electrical draws see regulation as well.

BMW touts its Brake Energy Regenerating system, which, according to David Buchko, the U.S. Advanced Powertrain Communications rep interviewed for this article, is something of a misnomer. Actual regeneration of power (above the net level) is only found on the new Active Hybrid 3. In the gasoline engines, the computer tracks voltage needs, the current drive-train status, and controls the alternator output. Racers know that alternators draw actual horsepower from an engine when the demand for voltage is high. By managing the draw, and reducing the output when it’s not needed, efficiency is increased. A side benefit is less voltage sent through the regulator and longer battery life. Mechanical drains on the engine like the alternator have long been the bane of efficiency, and indeed, the reason for the SAEs adoption of new power testing methods way back in the early 70s. To that end, BMW has systematically removed as many ancillary systems and replaced them with electric versions. For example, power steering has been electric for years now, but many people aren’t aware that water pumps as well as oil pumps are now being controlled to adjust their outputs to the engines needs.

“Waste not, want not.” This is a saying our mothers implored many of us with when we were young and didn’t eat our lunch. Looking back, BMW’s new 3 series is nearly as fast as their vaunted M3 from just 6 years ago, it’s much more efficient, and it costs far, far less. Apparently, Mom didn’t know the BMW engineering staff….they’ve figured a way for us to have our lunch, have it be healthier for us AND cost the same or less.
[nggallery id=14]