Getting Your Feet Wet & Creating a Plan

I fully understand that the idea of starting to race can be intimidating. I was in the same position not so long ago myself. There are many common questions and concerns people have. How can I start racing? Will I be able to afford it? What happens if I finish last? My car is not nearly as prepared as many others, so how will I ever be able to compete with them? What if this? What if that? One of my friends told me a story that really helped put things into perspective. While at a race as a spectator, he talked to his wife about how badly he felt for one of the drivers. “That driver is so far behind everyone else that is racing. That must be really awful.” I know when I watched races in the past, I used to think the same exact thing – “That poor person!” Of course, it often takes the wisdom of a woman to set us men straight. “Who should feel bad for whom? You are the one sitting here on the hill and not driving. I feel sorry for you, not him!” She was absolutely right. Keep in mind that running in the back of the pack is the worst-case scenario. But when you really think about it, that worst-case scenario really is not so bad. And by all means, I am not saying that you will be running in the back of the pack.

This may sound obvious, but one of the first things you need to do is determine where autocross events are held in your area. Two of the biggest organizations in the United States are the Sports Car Club of America (SCCA) and National Auto Sport Association (NASA). In addition to SCCA and NASA, there are many, many other smaller clubs that are also worth looking into. By doing some online searches using Autocross in X location, you should be able to locate some clubs that host autocross events in your area. If after attending one of the clubs and it’s is not what you expected or hoped it would be, don’t give up. Try attending another club’s event to see if that is a better match for you. Various clubs may also attract different crowds to their events. Although the two clubs I race with are unique in their own way, they complement each other nicely.

At this beginning stage, do not fall into the temptation of spending money on your car. In fact, often times when a person makes their car fast it also changes the class it competes in. Your goal for now should be to attend your first event, learn as much as possible, then go from there. As you begin to get a better idea of which club you are interested in racing with, it wouldn’t hurt to get a copy of the club’s rulebook. The majority of the rulebooks can be found on the clubs’ website. Some of these rulebooks can be quite lengthy, but don’t be overwhelmed by their size. When I first saw the SCCA rulebook and started flipping through the pages, I kept thinking, “How in the world will I be able to learn all of this?” Now that I have gained familiarity with how it is put together, it really is not as bad as it had appeared. Keep in mind that these rulebooks are written to cover several types of classes. For your first few events, don’t be concerned what class your car will run in and just focus on learning and having fun.

The rulebook will soon become your bible of racing. While providing you the ultimate wisdom, it also can be confusing as heck and cause you to swear once or twice at the rule gods. When in doubt if something is legal or not, seek guidance from this holy book, and be sure to live to the letter of the rulebook. There is wrath and many headaches for those who don’t follow the word of the book.

Have you developed a plan and established what your racing goals and expectations are? If not, now is the perfect time to do it. What do you want to accomplish in racing? Is autocrossing your thing or do you have the desire to drive on professional road course tracks? What type of car do you want to race? Do you “need” to win races? Maybe you will begin racing a car that is only capable of running mid-pack during the first few years. After gaining experience, you may plan further preparing the car you have been racing to its full potential. Perhaps you are like many people who race and are happy to be out there racing and don’t need to win or be at the front of the pack. As with establishing any set of goals, you should establish some short-term goals, as well as long-term goals. When setting these goals, keep them reasonable, and don’t place unrealistic expectations on yourself. Also, remember that you can always revisit your goals and adjust them. If you really want to win, you need to be aware of what it takes: lots of money, time, testing, money, frustration, time, and money. 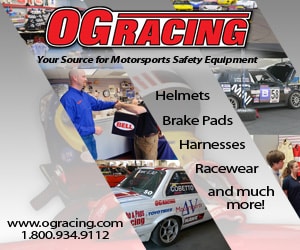