Toyota reintroduced the Supra to us in 2019 as the 2020 GR Supra. This time though, instead of building it by themselves, they teamed up with BMW. Its BMW sibling, the Z4, is a roadster (2-seat, rear-wheel drive convertible). Although many new performance cars are coming out with turbocharged four-cylinder engines (including the base Z4), the 2020 GR Supra’s only engine at this this time a BMW sourced 3.0L Turbo inline six-cylinder DOHC with 24 valves. Toyota’s use of an inline 6-cylinder from BMW instead of their own is causing a lot of controversy for some Toyota Supra purists, but keep in mind that the 2020 GR Supra wouldn’t even exist if Toyota couldn’t find a partner to team up with to build it. Toyota did do their own tuning for the car though.

We took the GR Supra out for a quick drive on the streets in Monticello, New York. On the street the GR Supra is a blast to drive. The engine is rated at 335 horsepower and 365 lb-ft of torque and is mated to a 6-speed automatic transmission with paddle shifters. We feel that Toyota’s numbers are under-rated as this car feels much faster than we expected. Acceleration is throw-you-in-your-seat fast. Throttle response is immediate, and there’s almost no turbo lag. The exhaust note is playful with its pops, burbles and crackles when you let off the throttle. One annoyance though is between 45 – 55 MPH with the windows fully down, we experienced significant wind buffeting in the cabin which was very uncomfortable. We were able to alleviate this though by rolling up the windows halfway.

At Monticello Motor Club, one of my favorite tracks, the power came on strong and the transmission shifted quickly and without drama. The double joint type McPherson Strut front suspension and multi-link rear suspension allowed the GR Supra to keep its composure in the corners while the 19” Michelin Pilot Super Sport tires offered very good grip. The GR Supra does have a short wheelbase though and with its high-speed capabilities, the rear-end feels very squirrely, so we didn’t push it as hard as we wanted. Also, although the brakes felt fine for street use, the front Brembo four-piston vented disc brakes faded quickly on the track resulting in high brake pedal effort and longer slowing distances.

Many of the interior parts are from BMW’s parts bin including the shifter, paddles, rotary control and the center console controls. The gauges, and touchscreen look like they’re from BMW, but modified by Toyota. The steering wheel appears to be Toyota specific.

We really enjoyed our time behind the wheel of the GR Supra, although it felt more road fun than track focused as tested. We’re sure Toyota will be introducing some performance enhancements in the future. If not, they left room for some aftermarket companies to develop their own enhancements. It definitely comes with more than enough performance right now for you to get yourself in a lot of trouble on the street though. 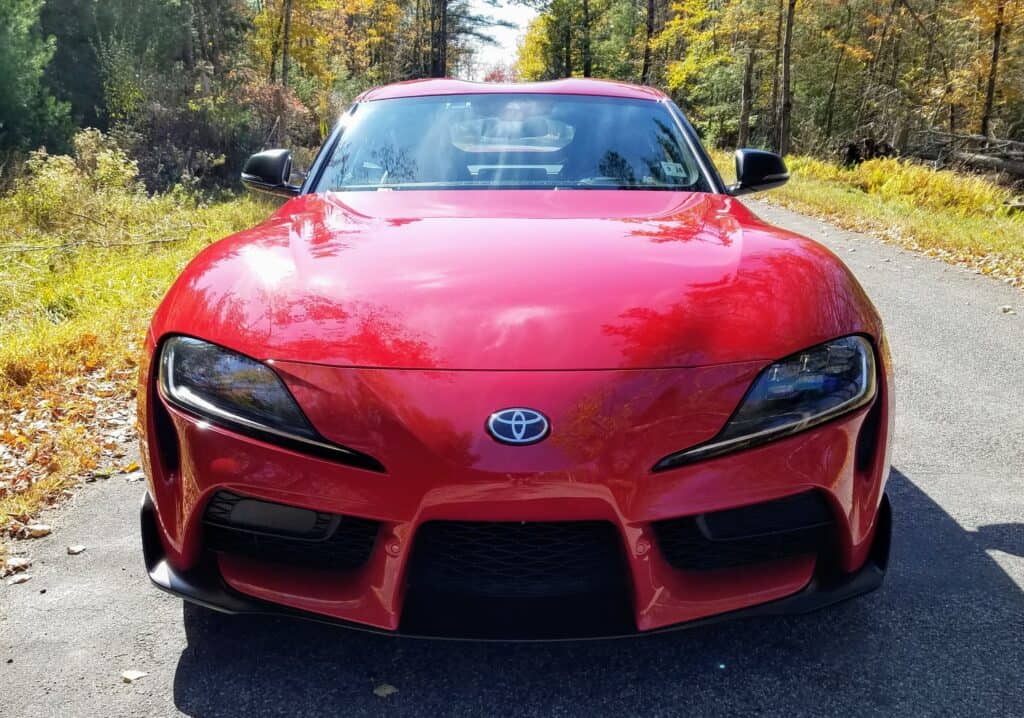 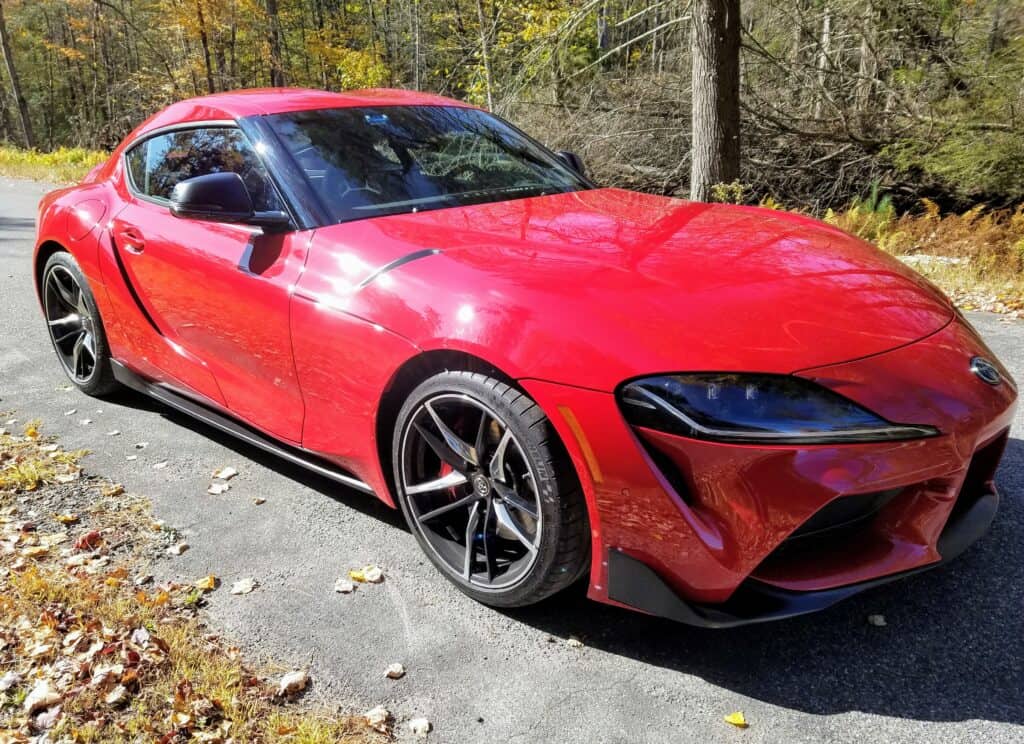 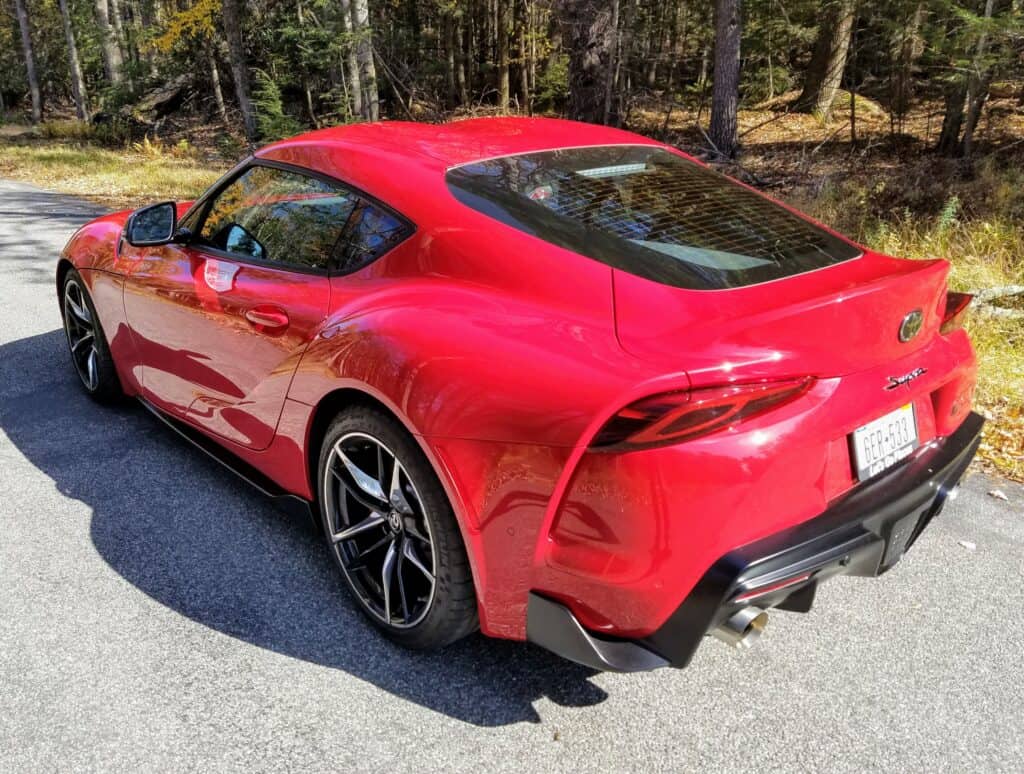 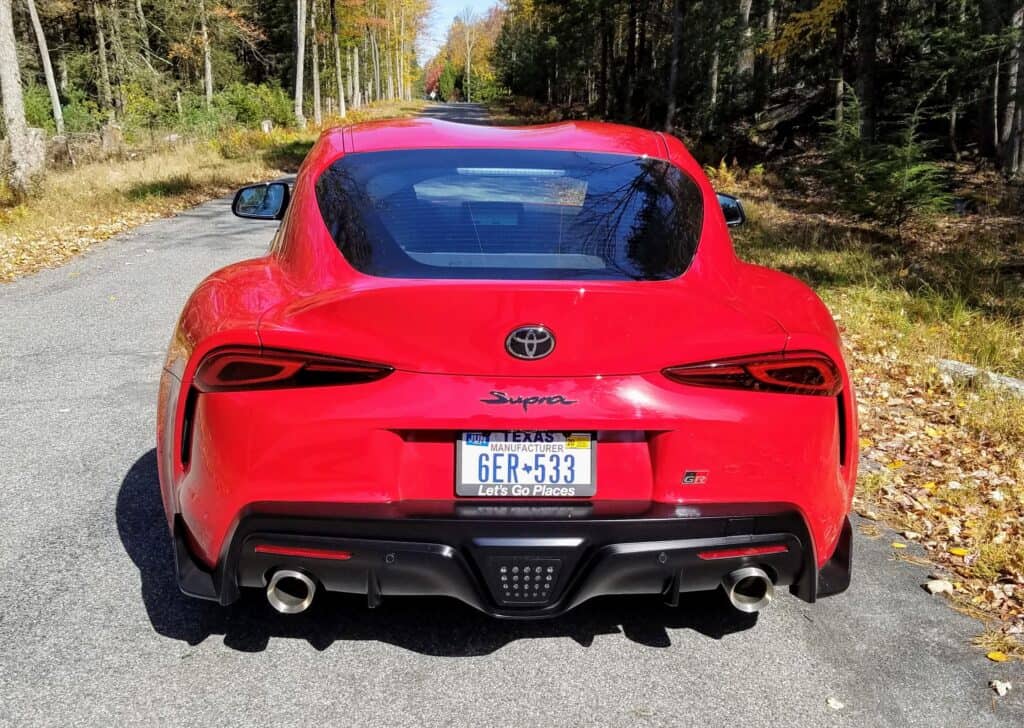 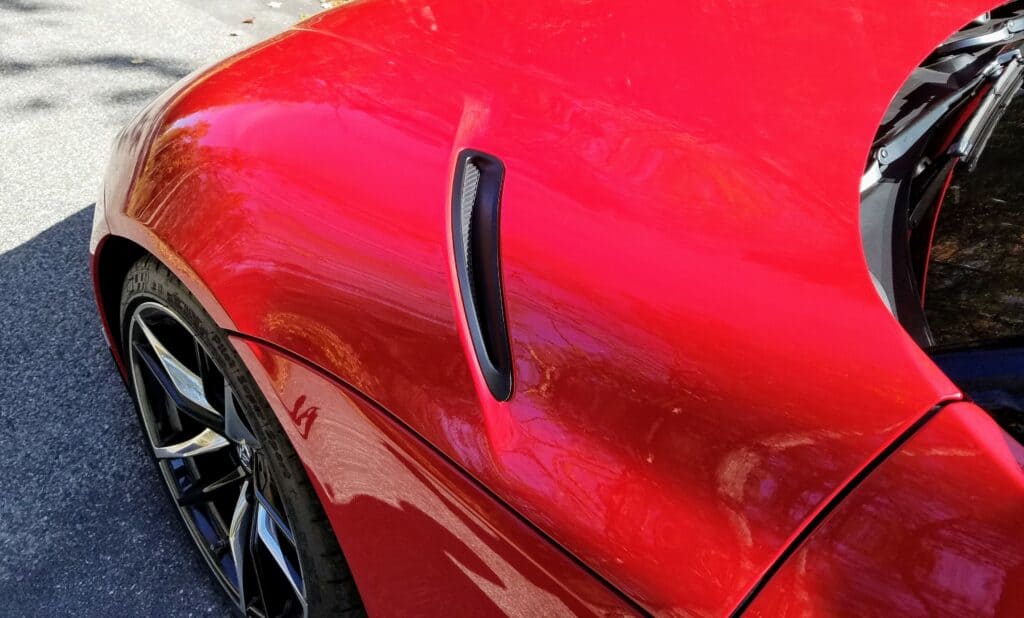 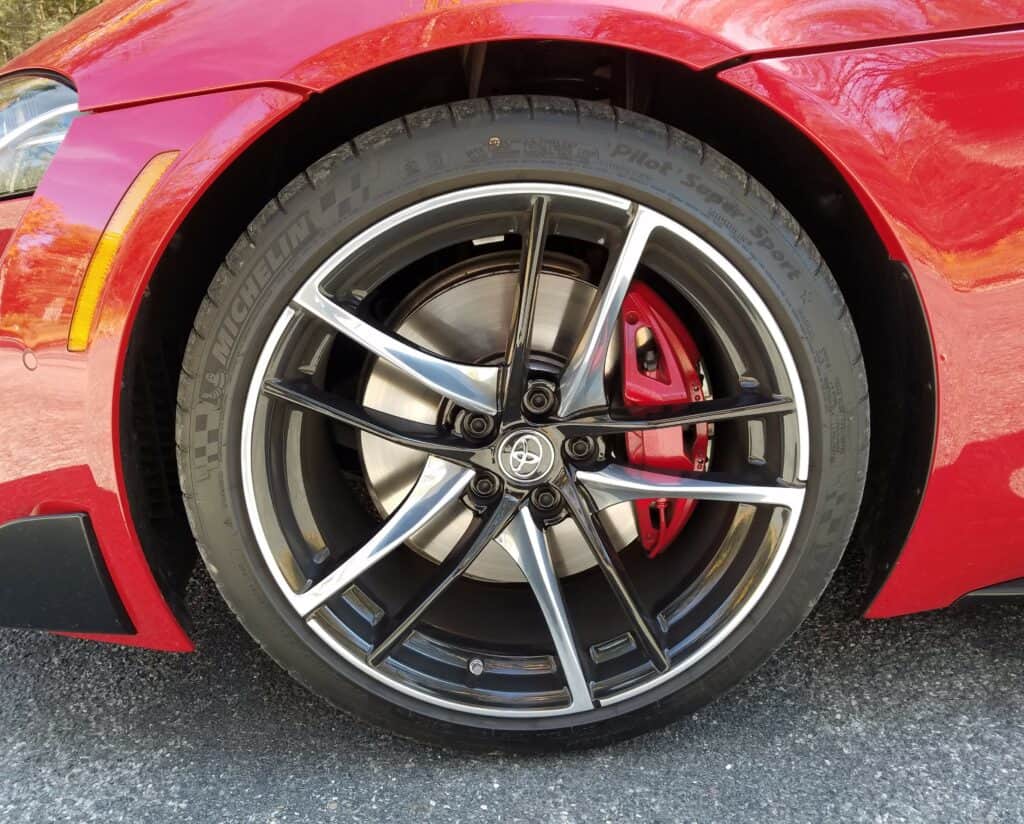 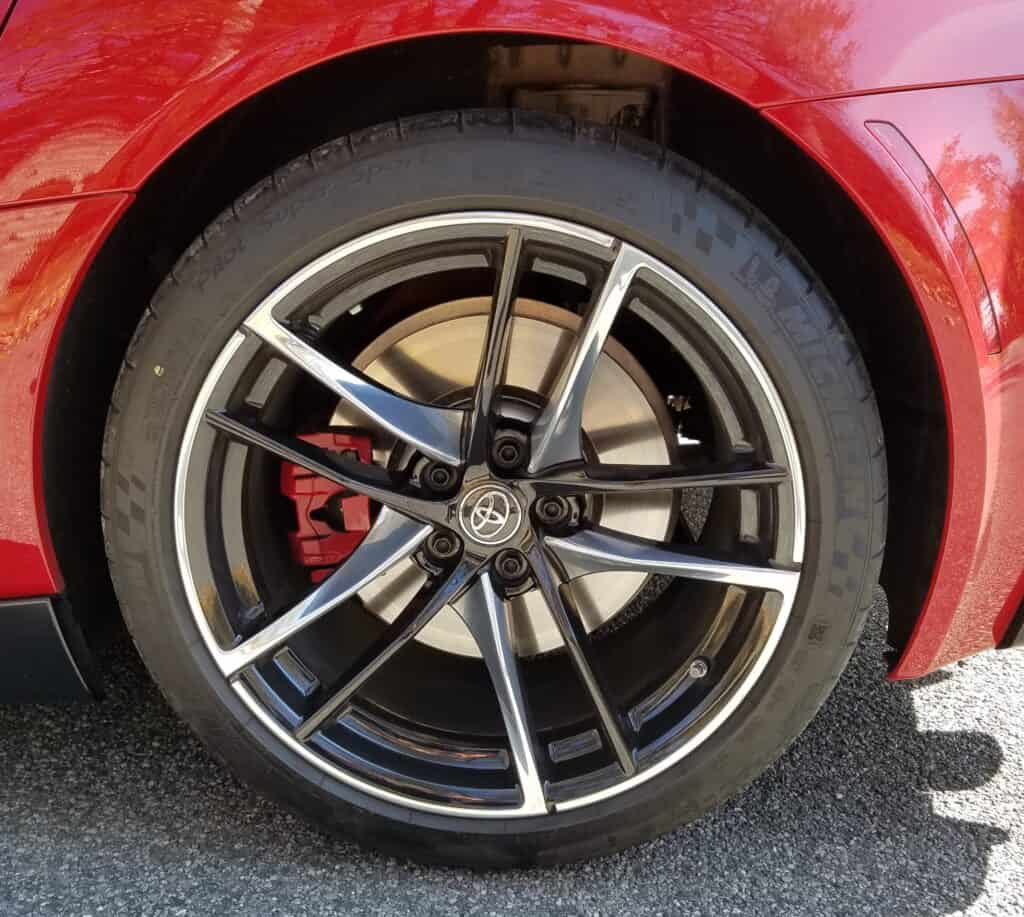 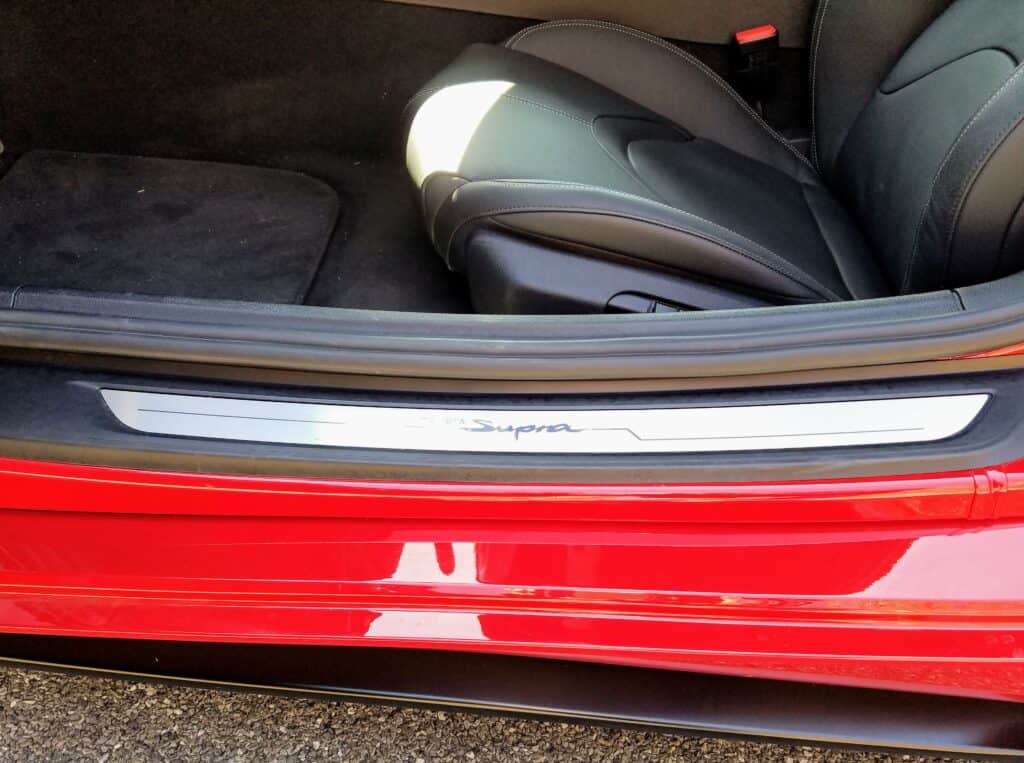 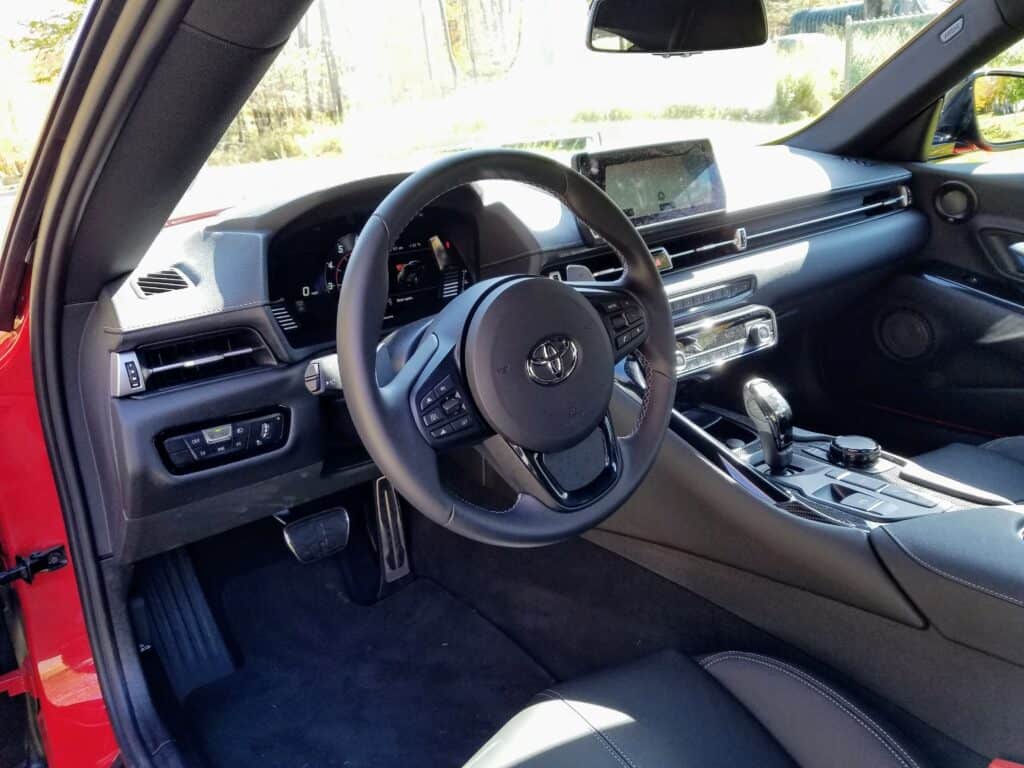 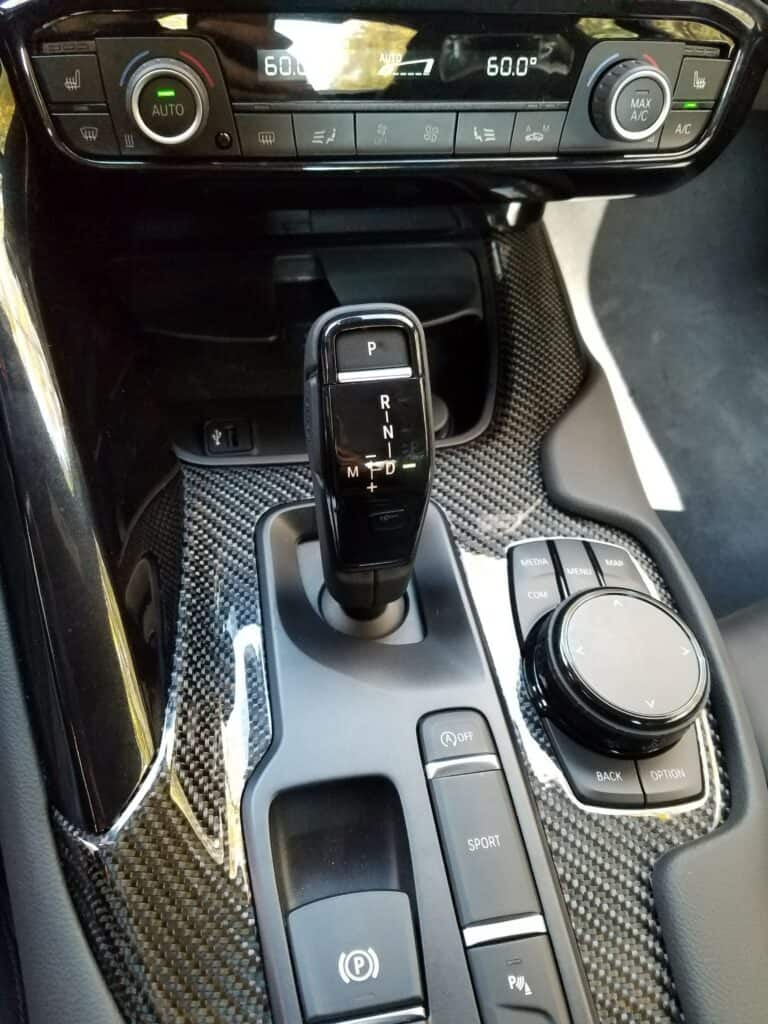 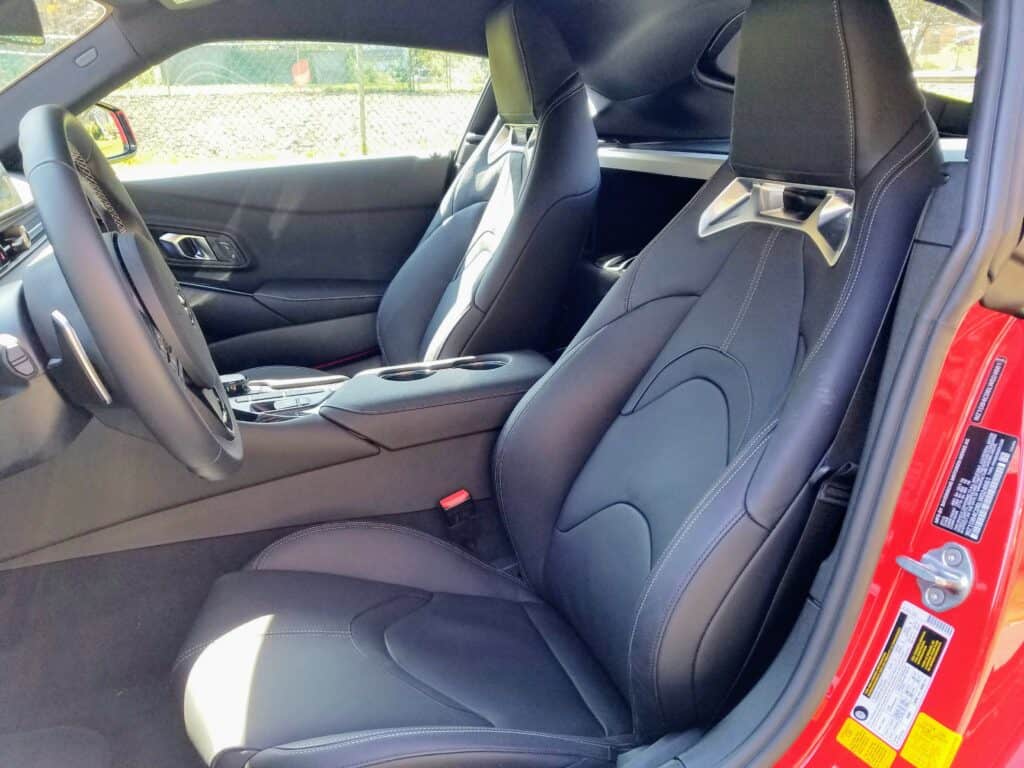 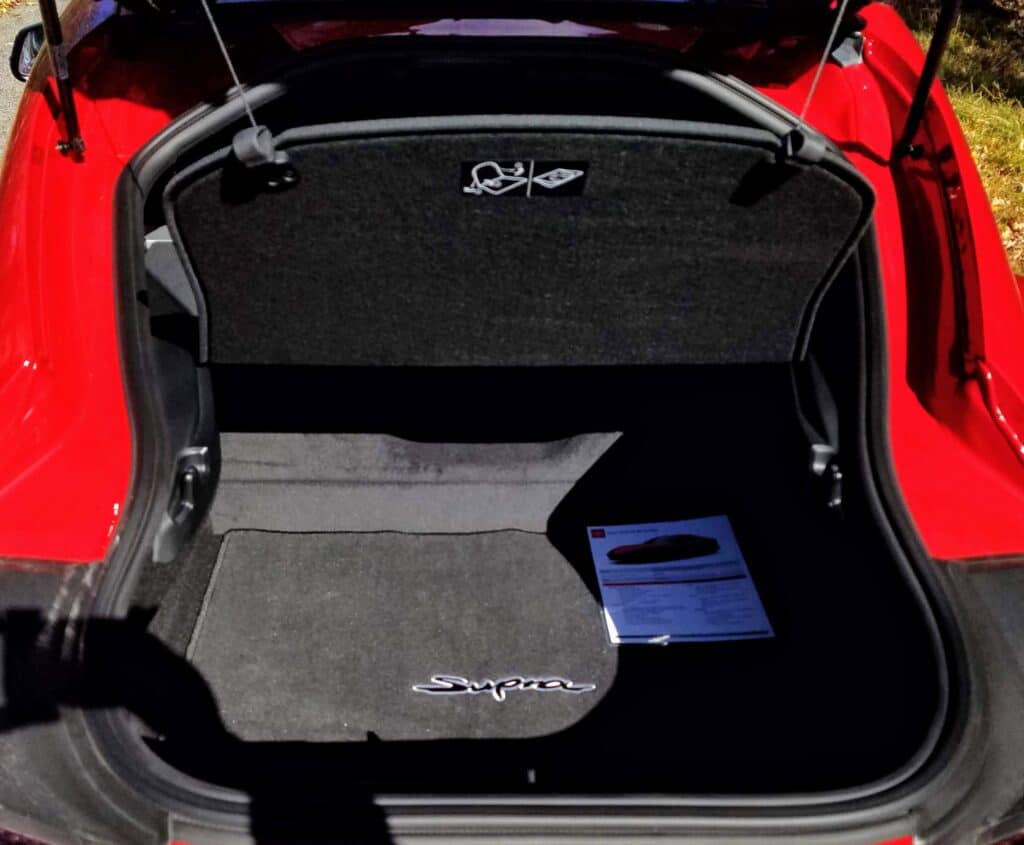